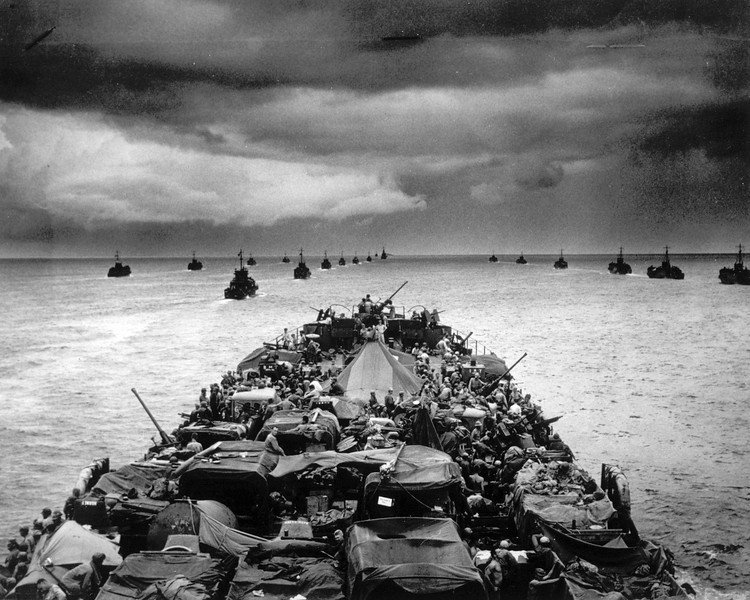 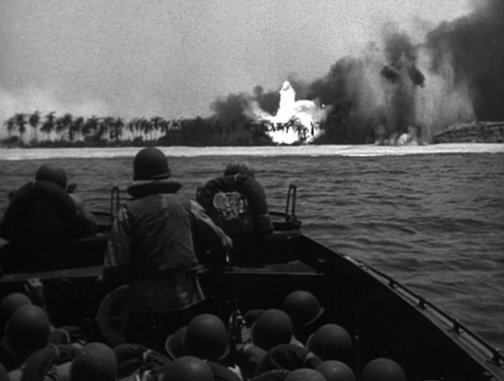 The Guadacanal Landings, or as I knew it, Operation Watchtower, was the first major offensive between the allies and the Japanese Empire. The large effort to support the American landings came at a great cost to Americans but a greater loss to the Japanese — it signified that fighting to liberate the Japanese islands would prove deadlier than expected. 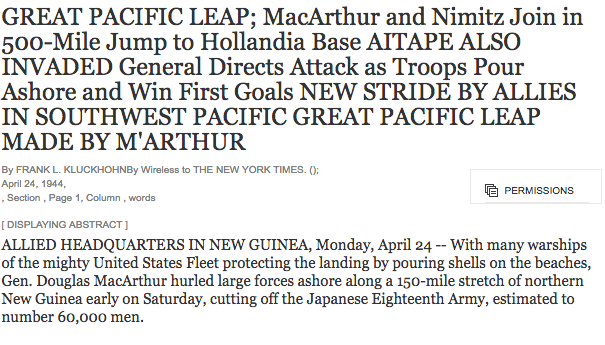 The American forces landing at New Guinea enhanced the image of a streak of successful landings that resonated well with the American public—especially one that glorified MacArthur and kept the nation interested in the gruesome and tactical Pacific theater of the war. Many Americans at home were unaware of the brutal fighting that forced many marines and naval operators to fight inch for inch with a very passionate and honor-motivated Japanese fighting force that was willing to sacrifice huge numbers. 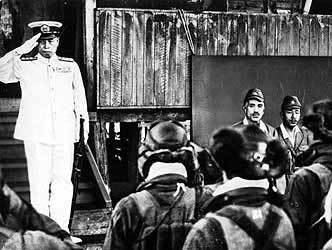 We only learned of his (Admiral Isoroku Yamamoto's)  death after Operation Vengeance, or, the secret mission that was formed by codebreakers to kill him, was completed and the codebreaking was covered up. It was a huge boost for the navy, the public, and the marines — and the Japanese were shocked to see a leader of theirs lose their life so early into the conflict. It would be a strong point of pride for Americans for years to come. Most American military officers also found this as a way to take revenge on Yamamoto's role in orchestrating Pearl Harbor. 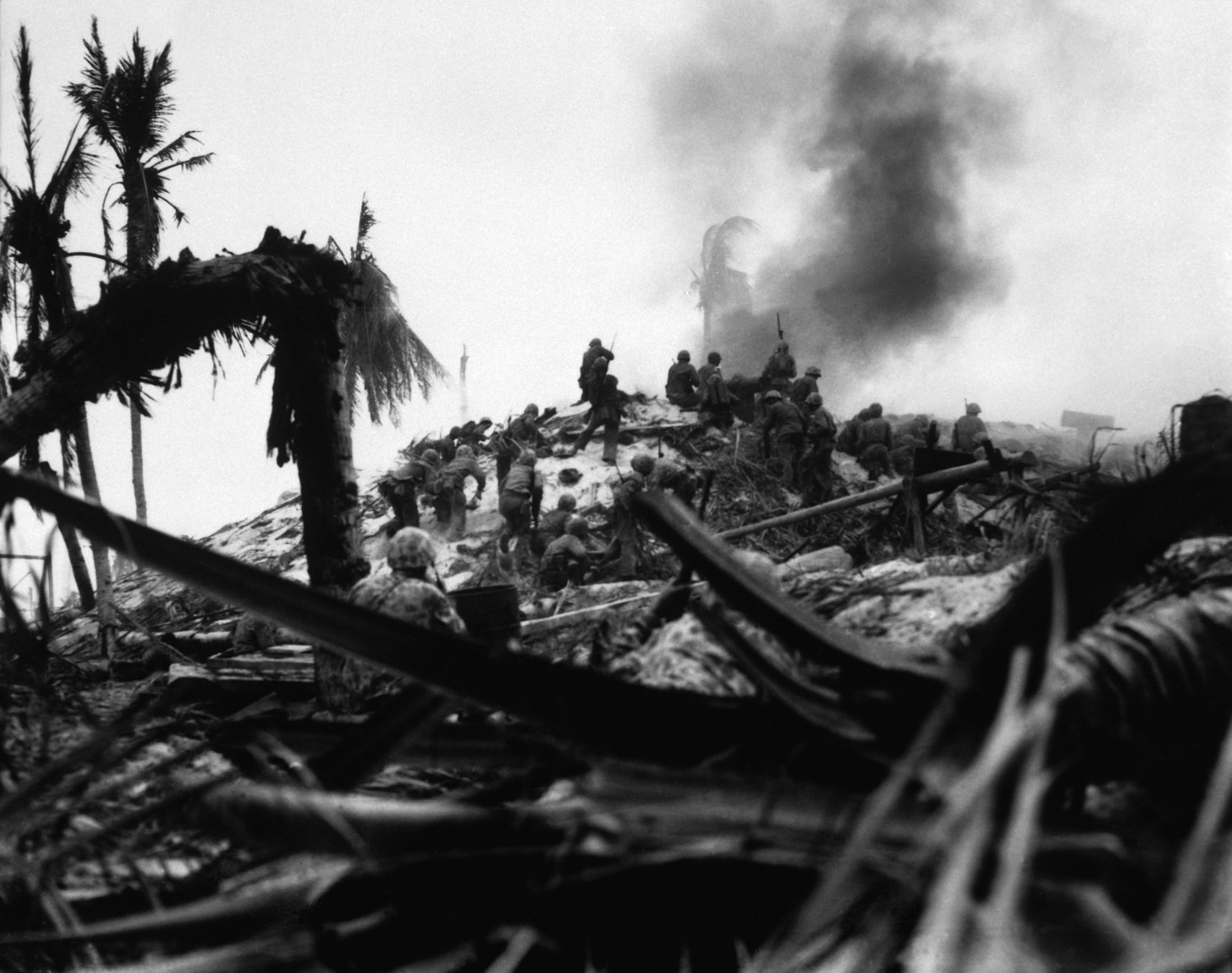 It was my first battle as a Marine and strategically chosen to gain forward air bases in the mid-Pacific - a necessity for successful invasions on the rest of the islands in the Pacific theater. The Japanese used brutal tactics and killed all the natives, a majority of the Korean workers, and most of themselves in order to prevent capture. The Japanese had worked intensely for over a year to fortify the island - the invasion took 3 days. 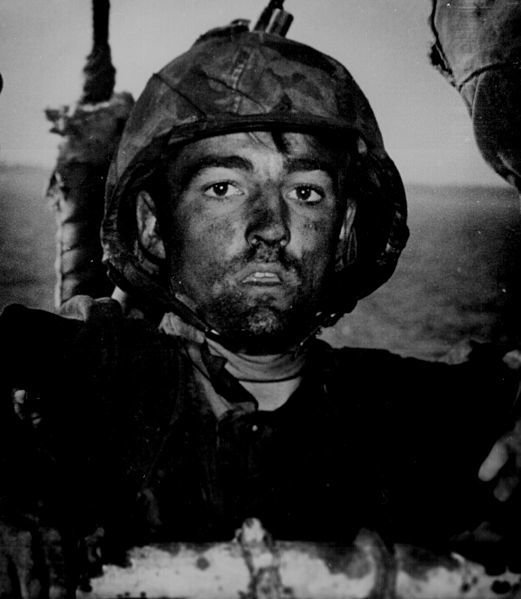 Most of the fighting in the Invasion of Eniwetok  was a lesson to the battle planners and strategists - at the cost of the soldiers on the actual landings. The Japanese took spider-hole positions and flanked American landings in order to ensure night fighting that exhausted, but didn't defeat, the landing expeditionary force. As normal, the captured island would serve as an air base for the possible mainland invasion and the future "island hopping" expeditions that characterized the Pacific theater. 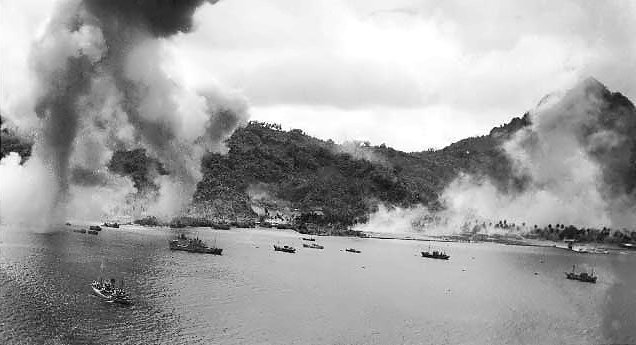 Operation Hailstone was the massive invasion that American forces needed to explode into the final quarter of the Japanese island territories. Unlike other invasions, Truk Island (the target), was similar in it's logistical and strategic capacity to Pearl Harbor - and was vital to Japan's naval operations and joint forces. Unfortunately, most key Japanese battleships were evacuated prior.  If they hadn't, Midway would be the second-most legendary naval battle in the Pacific theater.

map of the pacific theater

The tiny specks of islands were the principal focus of the American navy as it prepared itself for the likely land invasion. As a member of the V company, I was involved in only a few of the conflicts but it angered me when I look back and see the little use all the sacrifice and violence had brought about as the development of the atomic bomb singlehandedly defeated the Japanese mainlanders.

Letter to my family at home, dated 19th November 1943: before the Battle of Tarawa.

Many Americans were worried about the prospect of invading mainland Japan as it became clearer that the Empire would not surrender after German defeat. American expeditionary forces, distraught by war, told of the fierce and grueling forms of torture, fighting, and horror they saw on the islands — the public was soon well informed of the latest dramas in the possible land invasion. American bombers first started attacking Tokyo in 1944. Operation Downfall, the name of the possible plan to invade the mainland, was scheduled for November 1945.

The American media became the platform for the propaganda needed to keep Americans invested and content with the loss and the gruelling fighting - morale was an extremely important asset for both sides during the conflict and American media and Japanese media often times exaggerated or flatly lied using presumpted/unverified information and sources about victories and supposed heroics.

For some reason they pulled the Reising out of service after Guadalcanal, we never had the chance to use them again. The weapon was popularized at home quickly and soon became an attractive choice to collectors and enthusiasts.  One of the haunting failures was that it was without a bayonet - Japanese fighters took advantage of this and were able to outfight us in the early stages of many hand to hand fights. 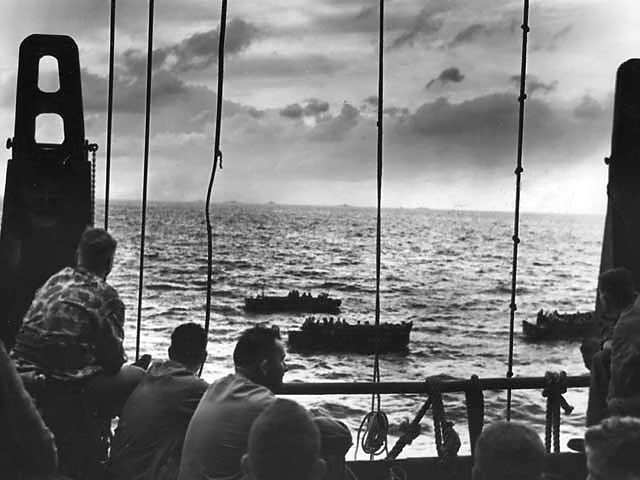 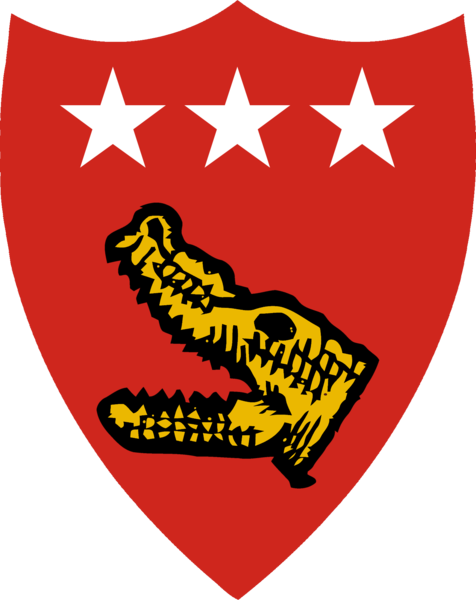 This badge was given to me when I joined the 2nd Marine Division under the V Amphibious Corps.  We were commanded by 'Howlin Mad' Smith, then Schmidt. We had 5 sub-elements and became legendary for our battle tactics and time in Tarawa.  Many of the men I served with lost their lives during the fighting and the company and many of its subordinate divisions were either reformed  or retired post-WWII. 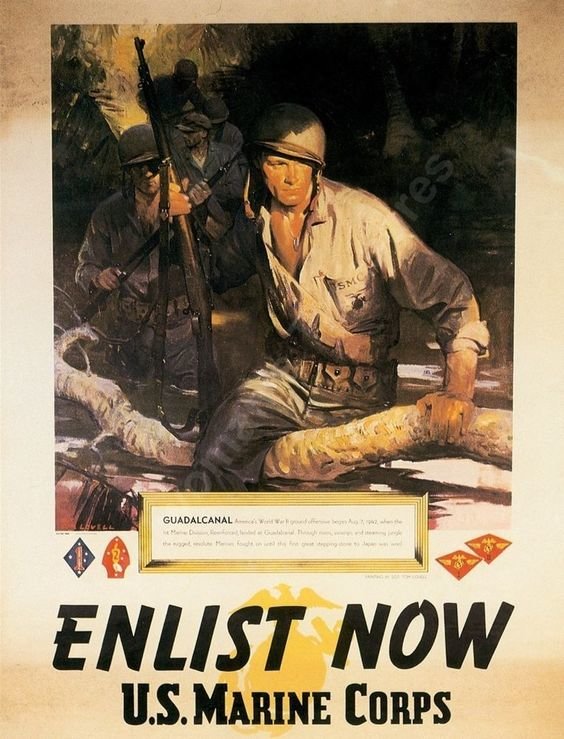 I saw this poster when I returned from the Pacific. The propaganda machine used Guadalcanal as an example of heroism yet many of the soldiers who fought on the island were scarred and injured. The Marine Corps was glorified as an entire unit and many of the casualties of the Pacific were forgotten quickly by the public, as the victory anyway came from the bombs that were dropped a year later. Many posters romanticized the beach landings, the climate of the islands, and the bright sun - making the troops appear 'anxious to fight' or 'cautiously on patrol' - however, much of the fighting from Marines was brutal, long, and carried into the night, and was followed by vicious sessions of hunting down Japanese military and bombing them out of their holes and hidden positions.