The Avanti Group Accounting Fraud, The HK$8.5b gambler who fooled the City 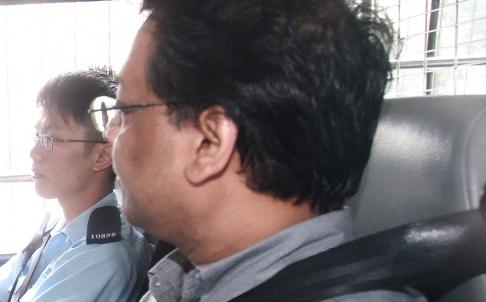 The suited executives behind Macau's gaming industry knew Navin Aggarwal as a respected adviser in big land, hotel and casino deals. But it was a façade that hid a craving to gamble that could lose him as much as HK$10 million in a day.

It has also cost Aggarwal, 47, the next 12 years of his life - his jail sentence for engineering an HK$8.5 billion fraud scheme described by a High Court judge last month as the worst embezzlement case in Hong Kong's history.

Law Society vice-president Stephen Hung Wan-shun said Aggarwal would be struck off the roll of solicitors and be banned from ever practising again. The society will refer his case soon for disciplinary proceedings.

The former partner of international law firm K&L Gates found himself drawn to the gambling tables not long after he was assigned to Macau to advise clients in the gaming industry in the early 2000s.

He headed a corporate finance team specialising in mergers and acquisitions, regulatory compliance and securities work. Professionally, he was a successful man, but that meant nothing when it came to controlling a desire to keep trying his luck at the gambling tables.

Generous in placing bets, Aggarwal was soon taken to the VIP rooms, where he played baccarat. The money he earned as a high-flying legal eagle - as much as US$1 million a year - quickly became insignificant compared to his debts.

Finding no way out, he put an elaborate scam into play starting from 2007.

By the time he was caught in 2011, he had duped 92 investors and two clients - including some of the shrewdest businessmen and professionals in Hong Kong - into handing over their money for "business opportunities".

The seven current partners of K&L Gates had dug into their pockets to pay two clients HK$83 million in compensation.

The firm is also fighting claims by 17 major victims for HK$686 million.

The firm may have its US parent to thank for having taken out insurance against fraud. But if the insurer shoulders the payouts, higher premiums are almost inevitable in the future - and the whole legal industry will be the poorer for it.

Born in Hong Kong to an Indian family, Aggarwal was the third of four children, with an elder brother and sister and a younger sister. He attended Island School before leaving for the University of Hull in England to read for a Bachelor of Laws degree. Returning to the city, he studied for a Postgraduate Certificate in Laws at the University of Hong Kong.

In 1992, Aggarwal was admitted as a solicitor and specialised in commercial law. He set up a law firm, Aggarwal & Associates, in 1999 but a year later joined Preston Gates & Ellis, which merged with another firm in 2007 to form K&L Gates.

Despite his job, Aggarwal did not live the high life, according to a lawyer who represented him. Home was a modest flat in Pok Fu Lam and he drove a Toyota.

"The tragedy of the case is all the money has now gone to casinos," another of his lawyers commented. "He is now left with nothing. All he has left is the disgrace he brought upon himself."

Staff at K&L Gates were instructed not to talk to the media about Aggarwal. The firm's spokesman, Asia managing partner David Tang, would make no comment.

None of Aggarwal's colleagues at the firm wrote to the courts to seek clemency for the man, who had pleaded guilty.

Defence barrister Graham Harris SC asked in mitigation: "How would a person of such intelligence allow himself to dig such a huge hole?"

The question was not answered in court, but City University's Professor Tom Yuen Chi-man, an expert on the counselling of gamblers, had a clue.

"Gambling addiction has nothing to do with IQ," he said.

"Many professionals get hooked because they want to prove, if not to pretend, that they are intelligent. They want to outwit the casinos."