HACKING
AS A way 0f lifE

USEFUL LESSONS FROM A LIFE of ONE HACKER 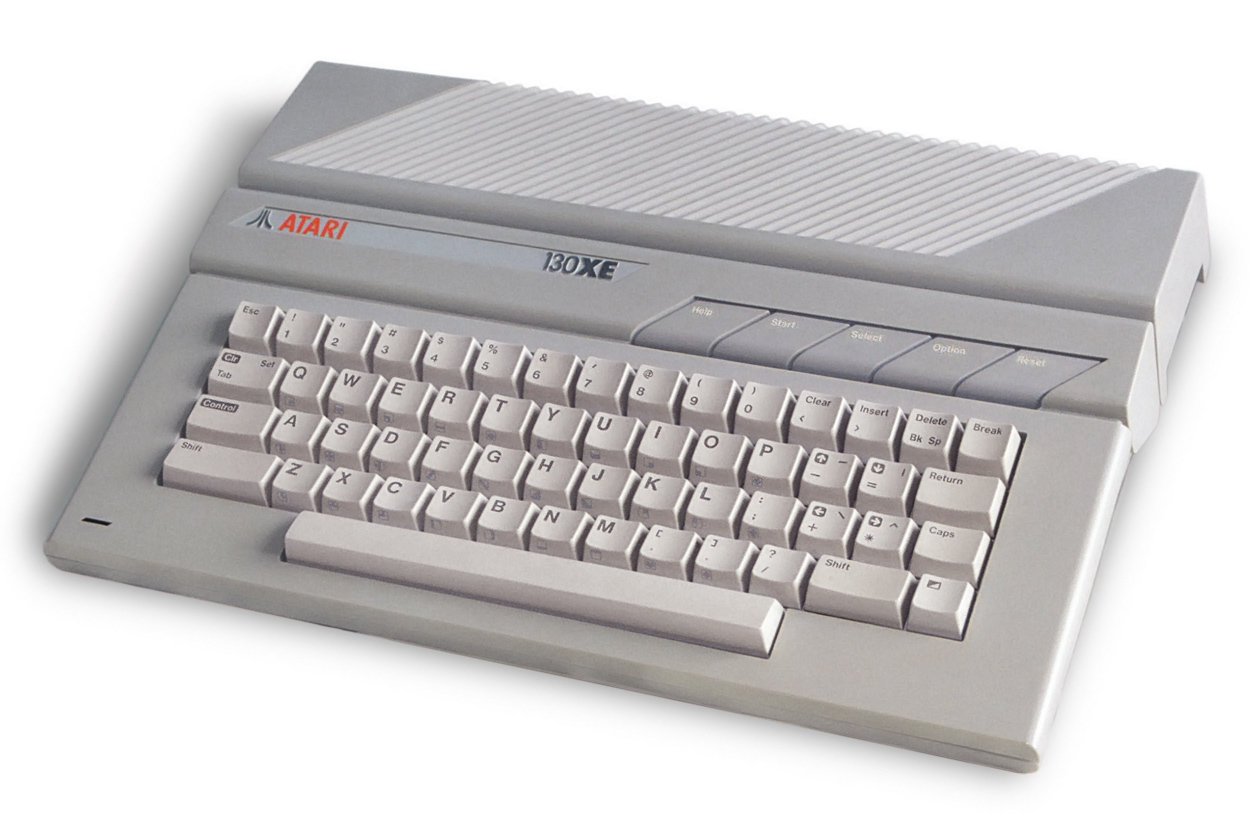 For my first 8-bit Atari XE/XL I created a special software "Wild Coder" to help "Pirate groups" to create "DRM protected" copies of their sold software (in order to put other pirate groups out of their business :)

HaCKING IS AN INNOVATIVE APPROACH TO ANY PROBLEM.


HACKING CAN BE FOR FUN OR PROFIT. 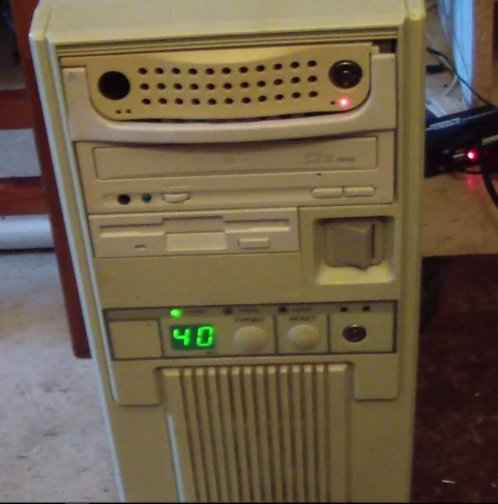 My father refused to buy me this beautiful AMIGA 1200: 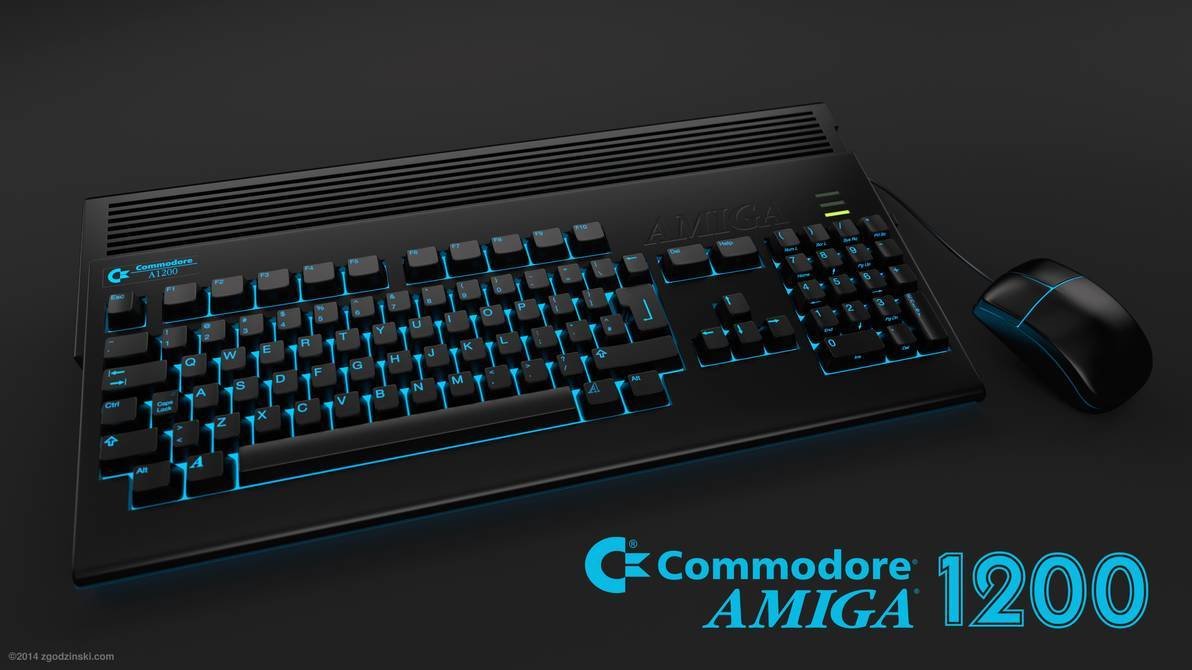 And instead, he bought me this ugly PC!

IT DOES NOT MATTER WHAT KIND OF COMPUTER YOU HAVE.
YOU CAN BE ULTRA HACKER WITH YOUR CALCULATOR 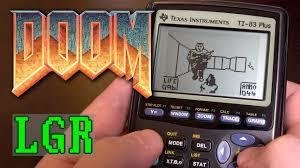 I decided to study at FEI STU in Bratislava (because they had the best BBS & FTP server :-)

My first real hacking started with UNIX (Ultrix, Digital UNIX, IRIX, FreeBSD) ended up with Linux (now I use Linux for more than 22 years).

With my friends, we created the first chat Internet app!

I learned to reveal a lot of vulnerabilities in many Unix/Linux servers and understood how network and application security worked (wrote the first buffer overflow exploit :-) 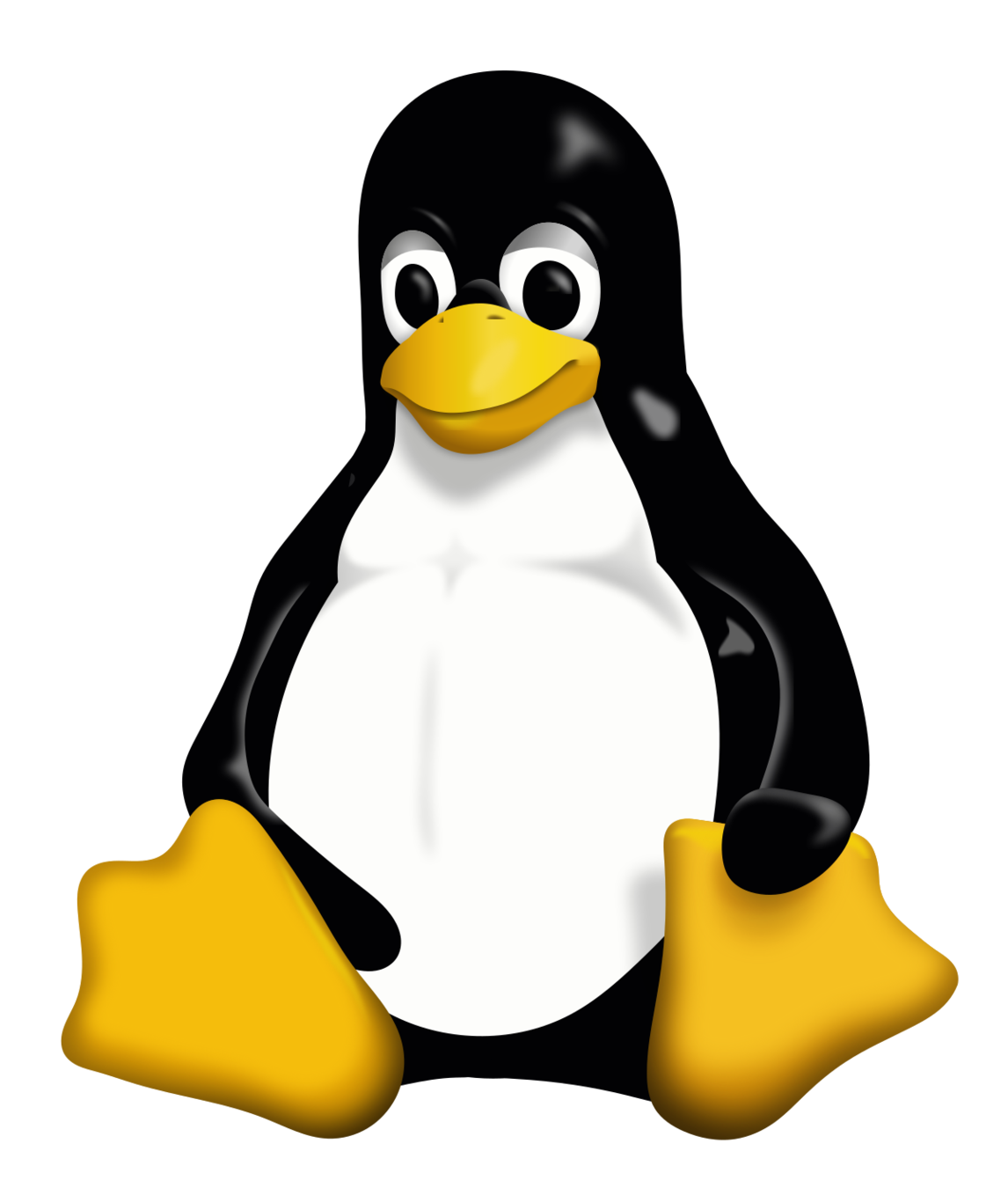 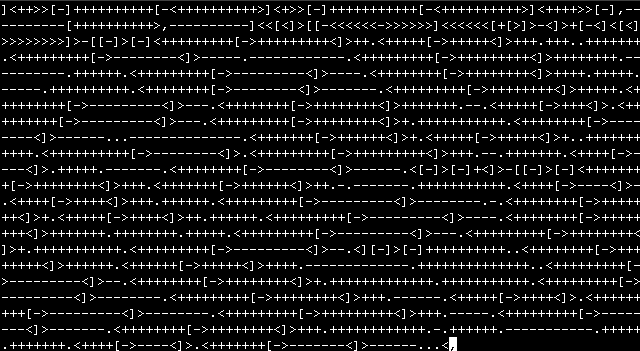 AND THEY FEEL COMFORTABLE IN ANY LANGUAGE 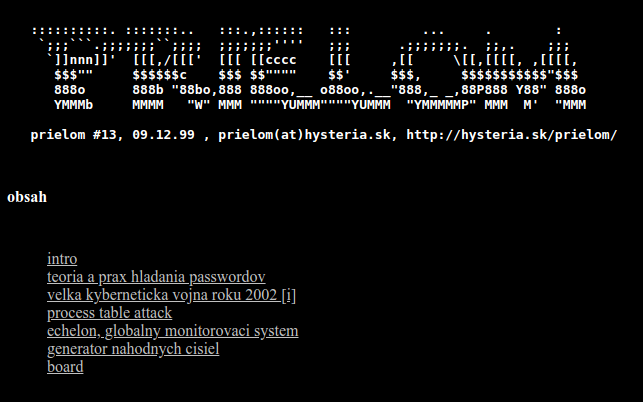 With my friends, we organized the first international IT security conference in Prague / Strahov and I had the first practical hacking presentation in Congress Centre / Prague 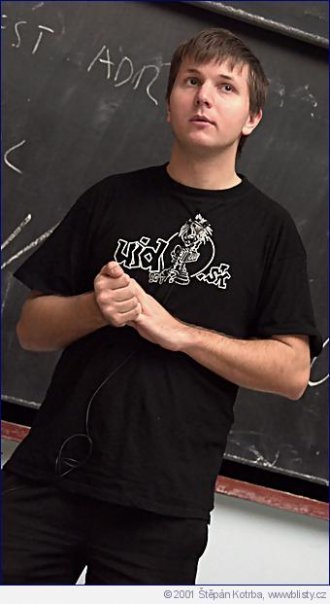 HACKING IS A CONSTANT LEARNING.

A COMMUNITY  IS THE BEST SOURCE OF KNOWLEDGE.

USE IT AND RETURN YOUR KNOWLEDGE BaCK TO THE COMMUNITY.

I became a voluntaryist - I believe that all relationships have to be mutually voluntary and reject the other ones.

Every hacker can voluntarily choose a project he or she wants to participate for a price he or she willingly accepts.

THEY WANT TO CHOOSE THEIR PROJECTS & REWARDS.

It took a few years for some people to implement a smartphone app "Fare Bandit," which allows sharing SMS tickets easily. 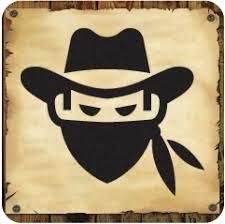 DON'T BE DESPERATE with your first findings:

In Nethemba, we released Mifare Classic cracker - the first opensource tool that allows cracking more than one billion of Mifare Classic cards (few millions just in the Czech Republic and Slovakia). 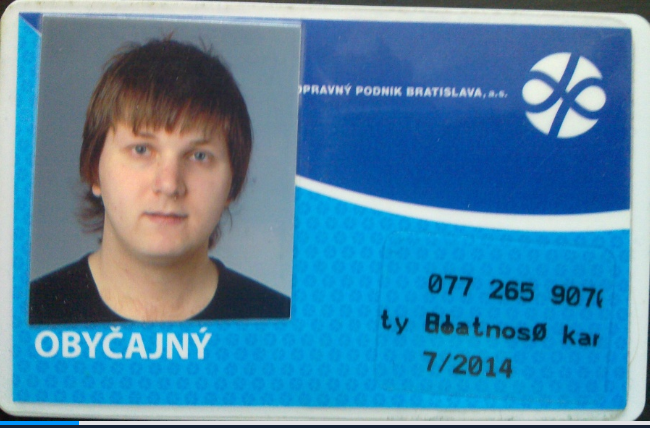 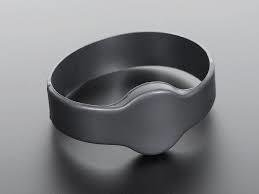 DO NOT AFRAID TO PUBLISH SERIOUS VULNERABILITIES THAT MAY AFFECT A LOT OF PEOPLE.


ESPECIALLY IN THIS SITUATION, IT IS EXTREMELY IMPORTANT for their privacy.

OR PUT TOGETHER ALL EXPLORATIVE HACKER-MINDED PEOPLE aND BUILD YOUR OWN HACKERSPACE!

I became a member of Czech contemporary art group Ztohoven.

And I participated in my first Ztohoven's project "Moral reform" where we re-used the caller ID spoofing hack towards Czech parliament, prime minister, ministries and of course Czech president!

ARTISTS and hackers are all both explorative people.

THEIR MUTUAL COOPERATION CAN BRING EXTRA-ORDINARY AND MIND-BLOWING RESULTS.


MAKE A FRIENDSHIP WITH YOUR LOCAL ARTIST OR HACKER!

With my friends, we started to write a collaborative project - Travel Hacking Guide (unfortunately in Slovak language only):

How it is possible to travel cheaply and easily anywhere in the world!

YOU CAN BE A HACKER IN ANY AREA WHERE YOU FIND AN INNOVATIVE APPROACH TO SOLVE PROBLEMS.

The fusion of Ztohoven artists and hackers led to the creation of Paralelni Polis in Prague!

A unique place of freedom that promotes ideas of parallel society & crypto technologies. Accepting cryptocurrencies only. Based on original ideas of Vaclav Benda / Charta 77.

At the same time, we started a world's cryptoanarchist conference HCPP! 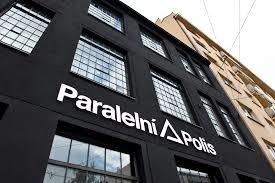 MANY HACKERS ARE CRYPTOANARCHISTS.


THEY BELIEVE THANKS TO CRYPT TECHNOLOGIES like CRYPTOCURRENCIES, DECENTRALIZATION or ANONYMIZATION, WE CAN ACHIEVE A NEW KIND OF BOTH ECONOMIC AND PERSONAL FREEDOM.

In Ztohoven we finished the project "President's dirty red pants" and "Decentralization of power."

The goal was to show that any president function is a post-monarchist and obsolete relict. We should not trust society with a dominant alpha-male, and we should call for a decentralization of power. 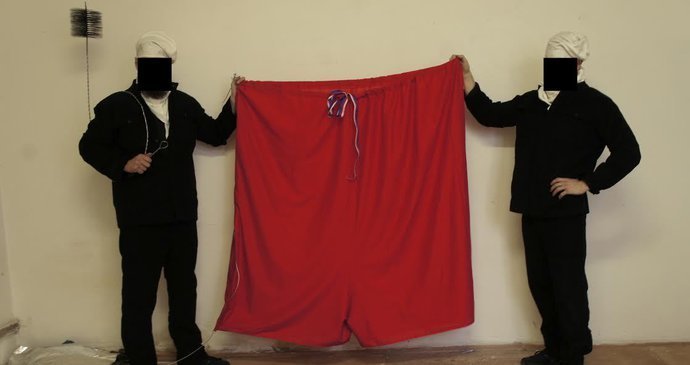 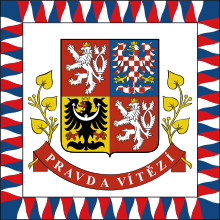 MANY Hackers have problems with authorities.

WOULD YOU HACK AN OPPRESSIVE GOVERNMENT OF NORTH KOREA, CHINA OR RUSSIA?


WHERE IS A BORDER OF "ACCEPTED OPPRESSION" according to you?

I have become a perpetual traveler & state hacker,

and started to work on my "OPT OUT" plan:

DUE TO POLARIZATION OF the first and second realm, STATE HACKING is becoming more popular:

ACHIEVING BOTH PERSONAL AND ECONOMIC FREEDOM USING GLOBALITY AND FLEXIBILITY

Hacking is a state of mind.

Use technology and knowledge to transform it into state of art