Discuss these studies and suggest more at: 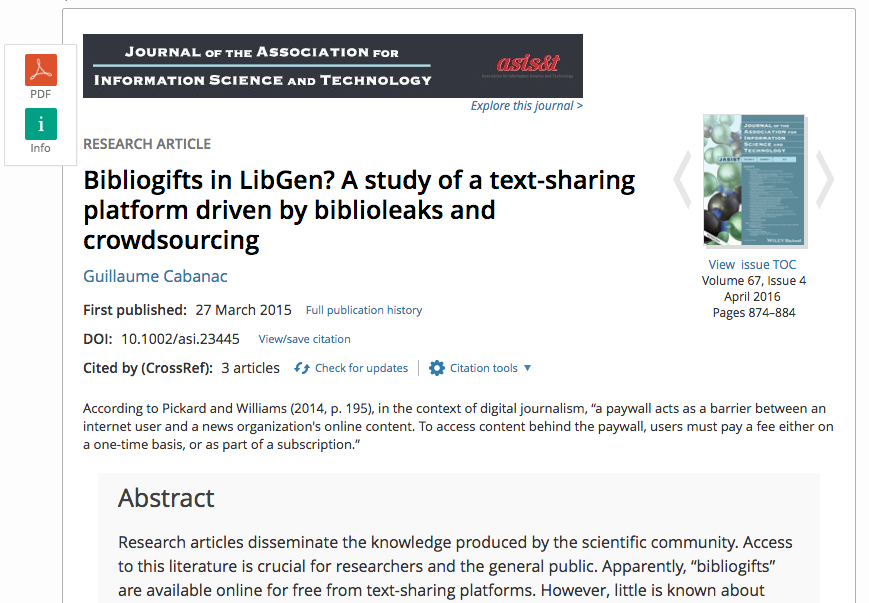 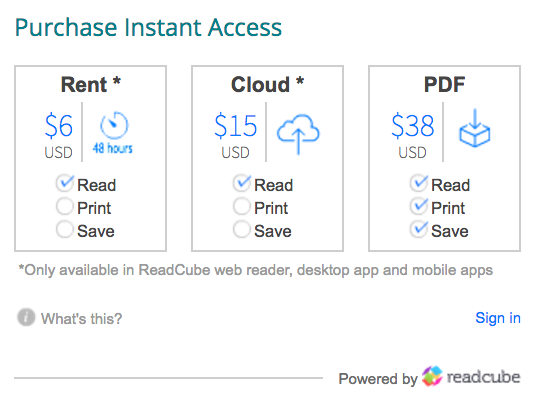 In this article, I study a prominent text-sharing platform: the Library Genesis, also known as LibGen (http://libgen.org). As of January 2014, it hosted and distributed 25 million digital documents, 95% of which being for educational purposes (i.e., scientific articles, books, and textbooks) and the other 5% for recreational purposes (i.e., fiction books and comics). 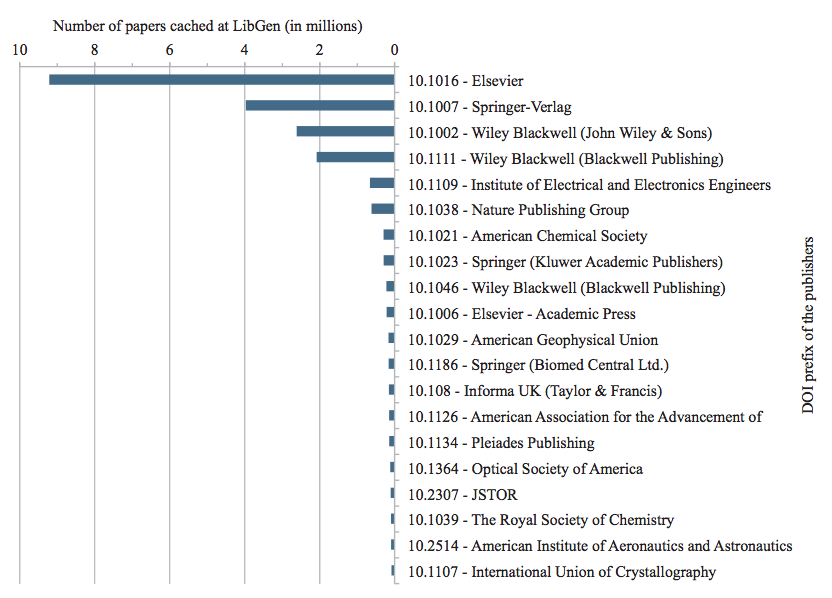 Figure 3. Distribution of the 22,829,088 articles available from LibGen, for each registrant (DOI prefix and associated publishing house). Only the top 20 publishers in number of cached articles are shown, totaling 94% of all cached articles. 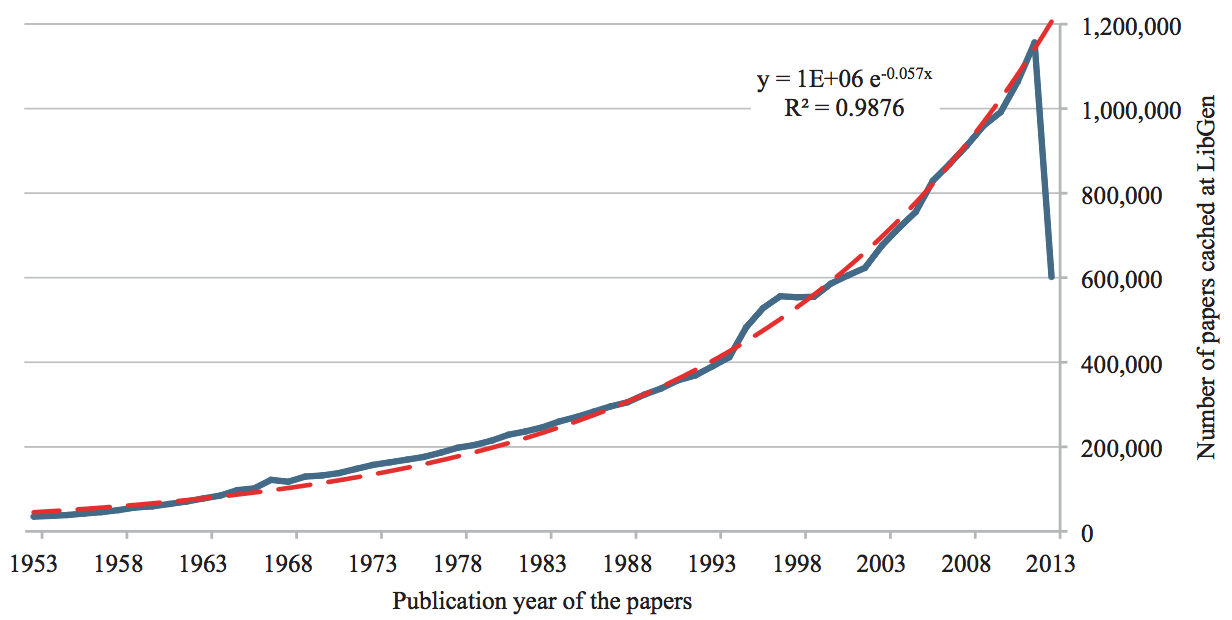 The paper collection stems from isolated but massive paper uploads (71%) in line with a ‘biblioleaks’ scenario, as well as from daily crowdsourcing (29%) by worldwide users of platforms such as Reddit Scholar and Sci-Hub.

The growth of LibGen suggests that it has benefited from a few isolated but massive additions of scientific papers to its cache (Figure 1). For instance, 71% of the paper collection was uploaded in 13 days at a rate of 100,000+ papers a day. It is likely that such massive collections of papers result from biblioleaks (Dunn et al., 2014), but one can only speculate about this because of the undocumented source of each file cached at LibGen.

Figure 1. Growth of the number of educational and recreational materials available at LibGen as of January 5, 2014.

Sci-Hub activity over 6 months. Sci-Hub’s domain switch in November 2015, forced by a lawsuit against it, led to some missing data during the 6-month period, but usage hit record levels in February.

These statistics are based on extensive server log data supplied by Alexandra Elbakyan, the neuroscientist who created Sci-Hub in 2011 as a 22-year-old graduate student in Kazakhstan. 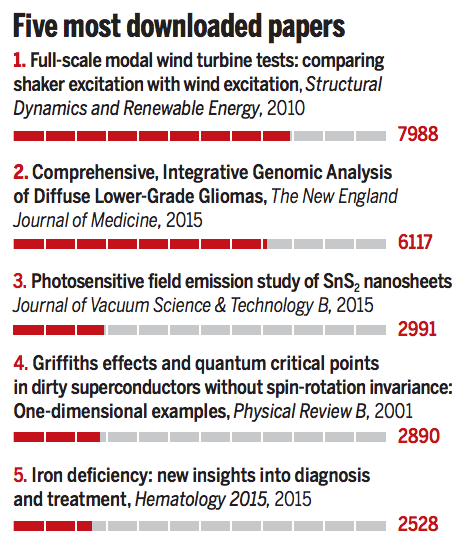 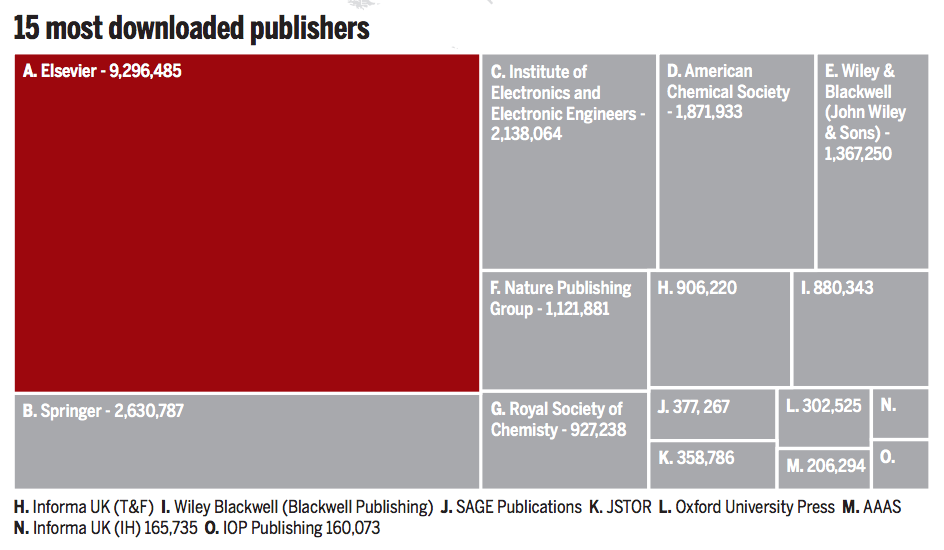 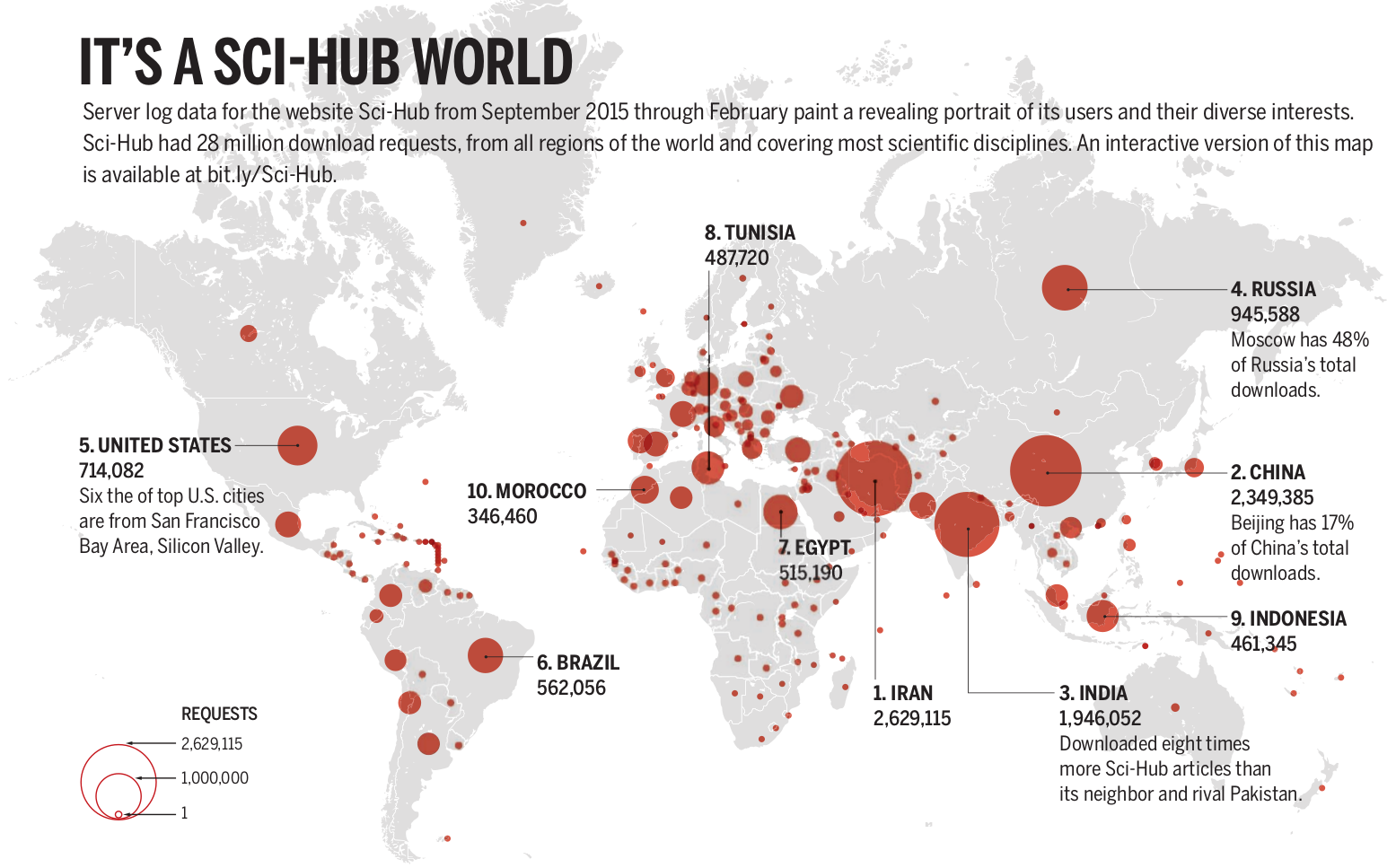 Shadow Libraries and You: Sci-Hub Usage and the Future of ILL 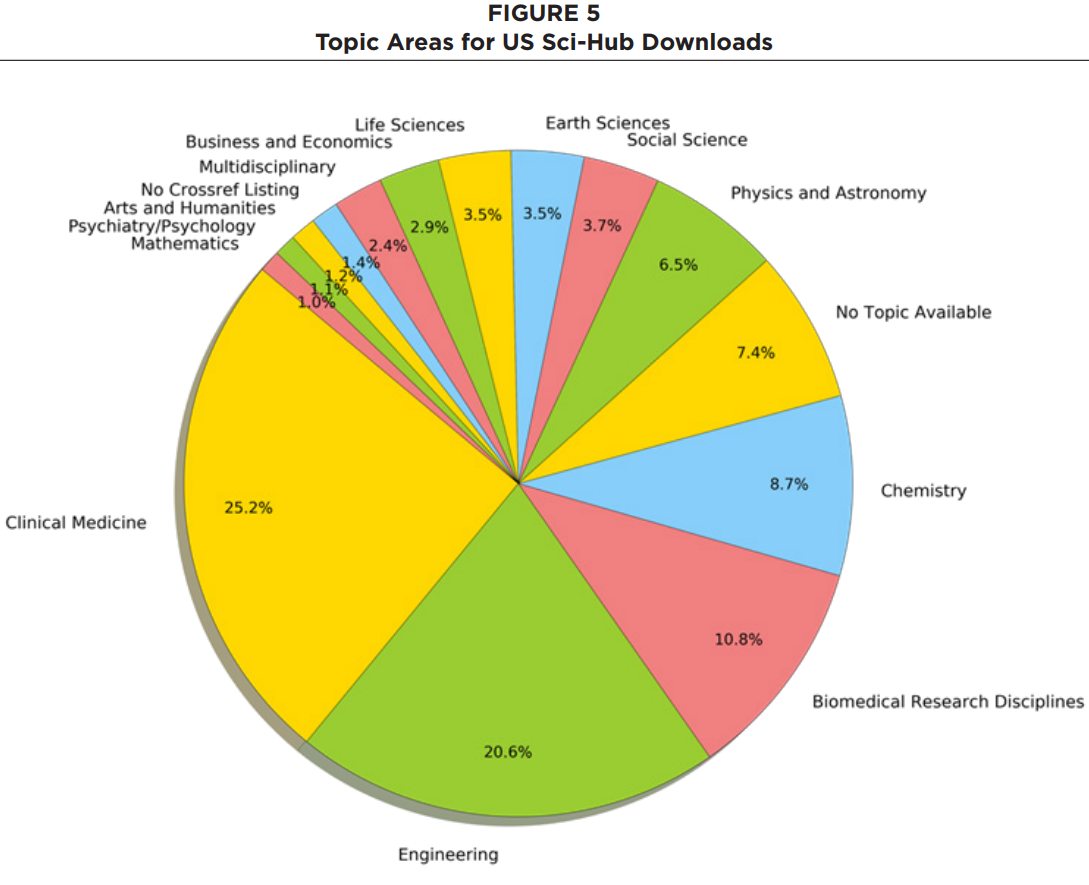 Through the course of the 20th century, the academic publishing market has radically transformed. What used to be a small, decentralized marketplace, occupied by university presses and educational publishers, is now a global, highly profitable enterprise, dominated by commercial publishers. This development is seen as the outcome of a multifactorial process, with the inability of libraries to resist price increases, the passivity of researchers who are not directly bearing the costs and the merging of publishing companies, leading to an oligopoly.

In response to these developments and rising subscription costs, the Open Access movement started out to reclaim the process of academic publishing. Besides the academic and economic impact, the potential societal impact of Open Access publishing is getting more attention, and large funding bodies seem to agree with this opinion, as more and more are adopting Open Access policies. These efforts seem to have an impact, as a 2014 study of scholarly publishing in the English language found that, while the adoption of Open Access varies between scholarly disciplines, an average of around 24 % of scholarly documents are freely accessible on the web.

Figure 1. Top: Number of Publications in Sci-Hub by year of publication.

Figure 2. Top: The 20 most frequent journals in all of Sci-Hub.

Bottom: The 20 journals with the most downloads. In both panels Chemistry journals are highlighted in red.