HOW TO TACKLE AN INDIE GAME

a week may be taken up for approval by Kickstarter
( must comply with http://www.kickstarter.com/help/guidelines )

14 days may be needed to get the payment

it's right at the beginning:
getting the Kickstarter to spread.
Your biggest asset is your existing public. 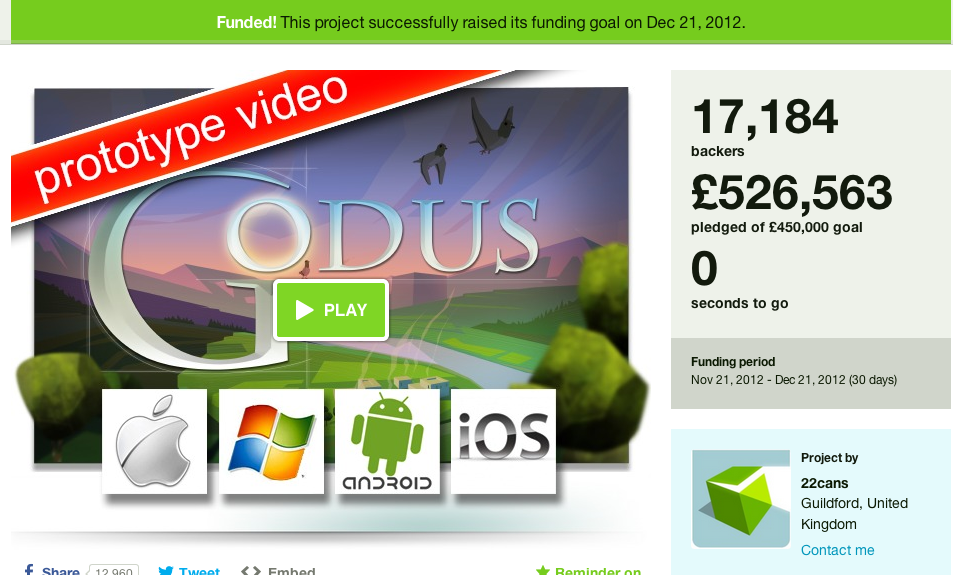 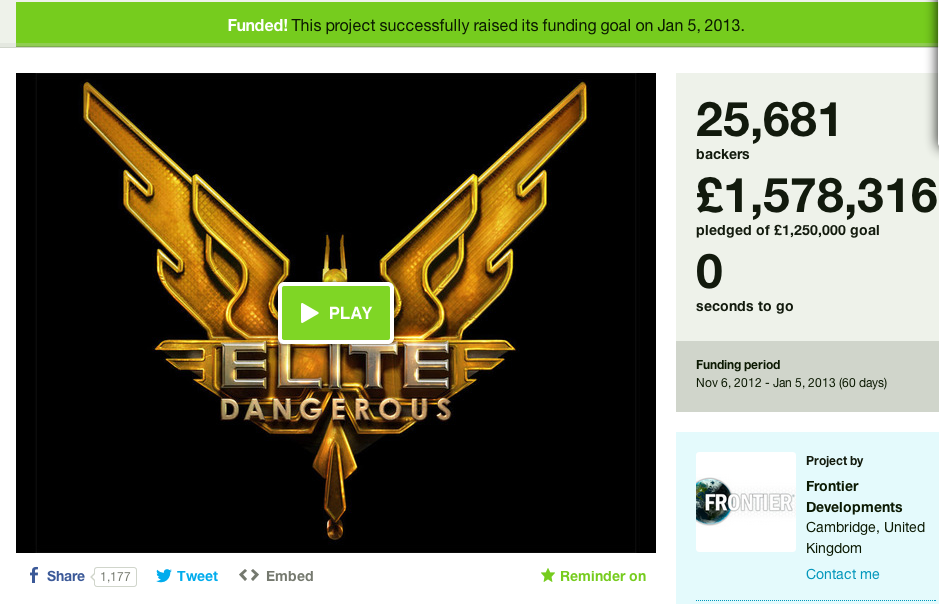 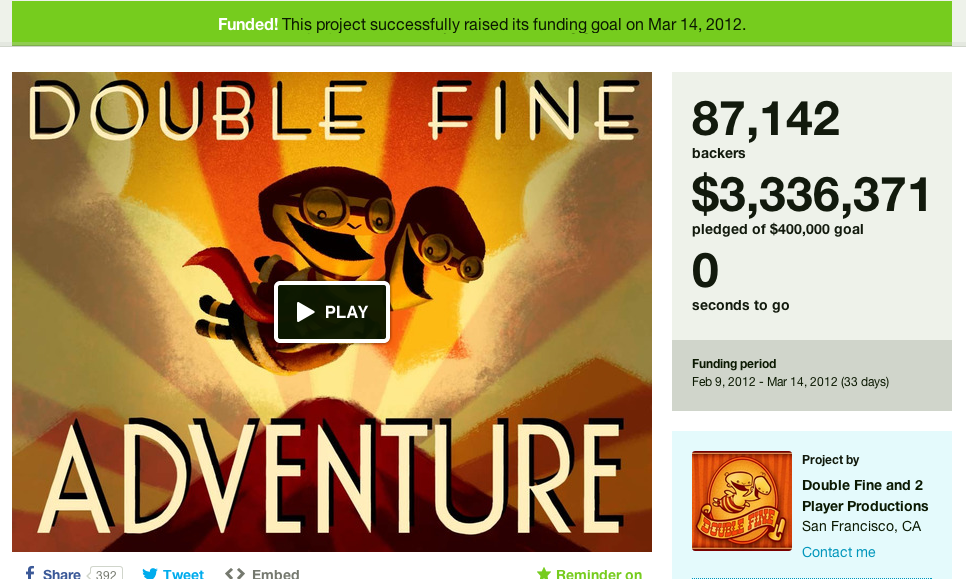 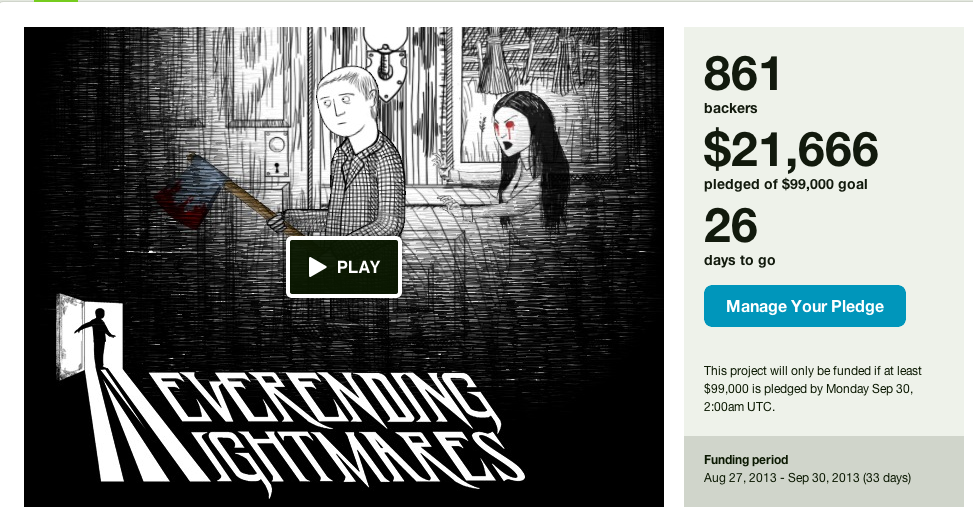 Reach your public before the campaign.
How big is your reach?
Count:
Got any famous friends that will plug you on twitter?

Find where your public hangs out.
It could be forums, web sites, irc, groups on social networks.
Make contact, ask for opinions and make yourself useful.
That will avoid them seeing your later campaign as opportunistic spam.
People don't generally like if you just register to make one post where you spam your Kickstarter.

WHERE GAMERS HANG OUT

A relevant side-effect of making a Kickstarter is that it builds a community of people who have invested in your game and care about the end result.
They're likely to be knowledgeable and their feedback can be helpful.
You need a FORUM, to be able to gather their feedback and to fuel their sense of community.
You get to add theme to your reach count.

Parallella was about to fail, but the generous support of its backers promoting the project in the last 48 hours saved it.


PLATFORM OF THE GAME FOR KICKSTARTER

Needs to:
iOS
Vita (by itself too small reach)
Steam/PC
( Adding a PC/Mac version saved Republique )
NO FREEMIUM!

So the ideal platform support/game type would be an original Steam(PC)/Vita/iOS game not freemium. Ouya is a possibility. 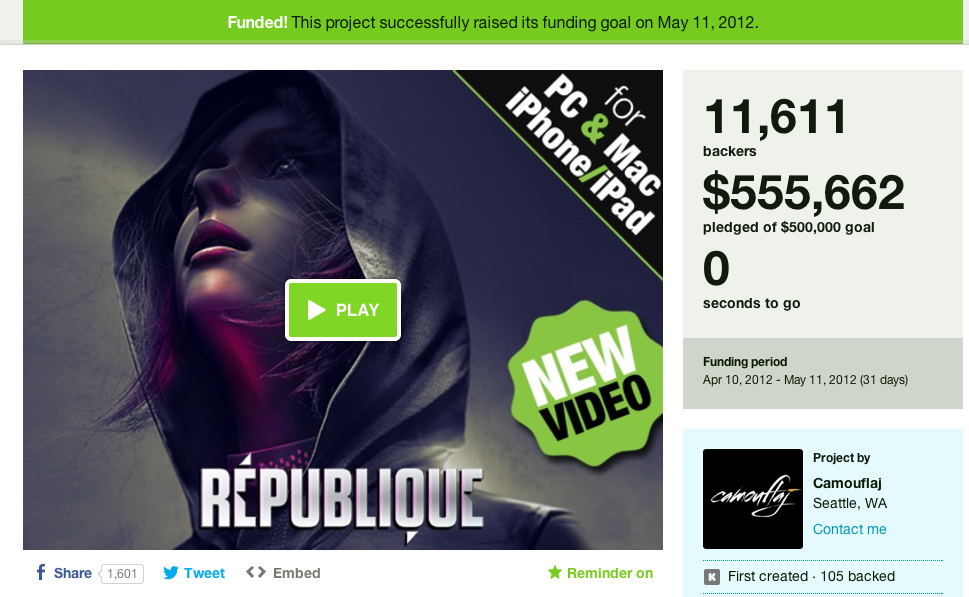 Have a unique concept/twist/art style.
Examples: 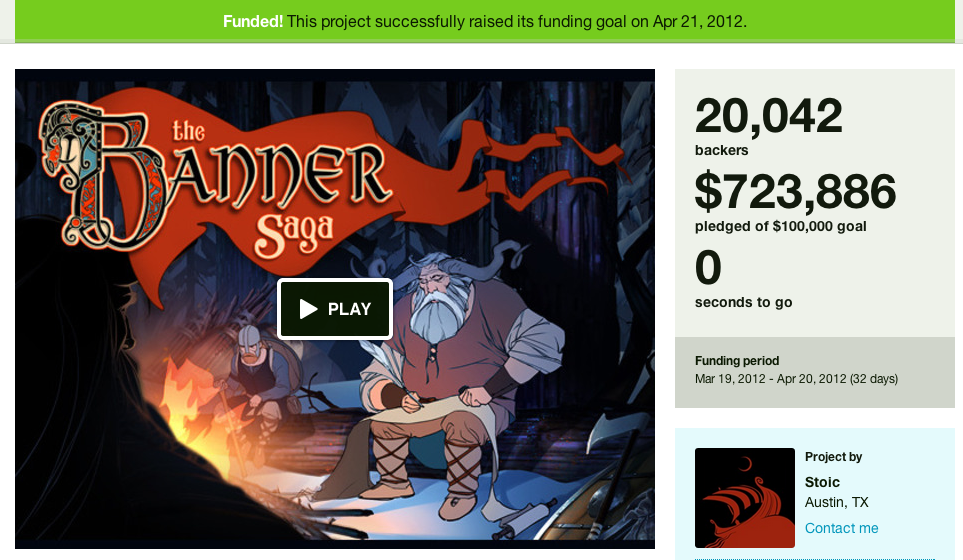 SIR, YOU'RE BEING HUNTED 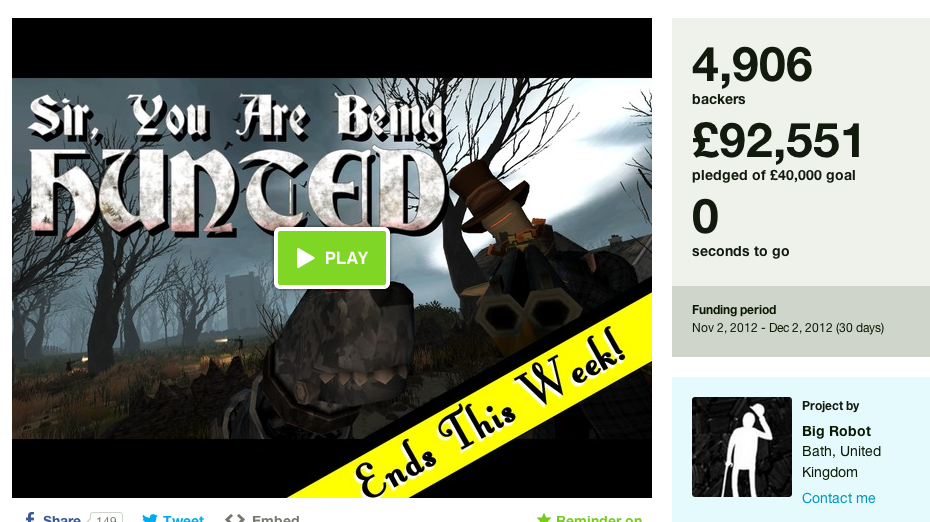 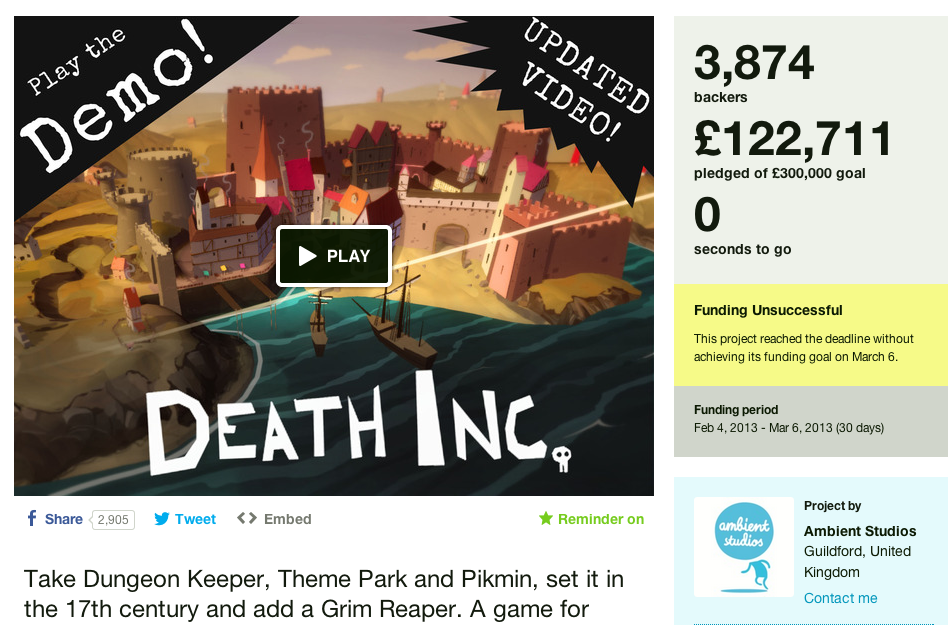 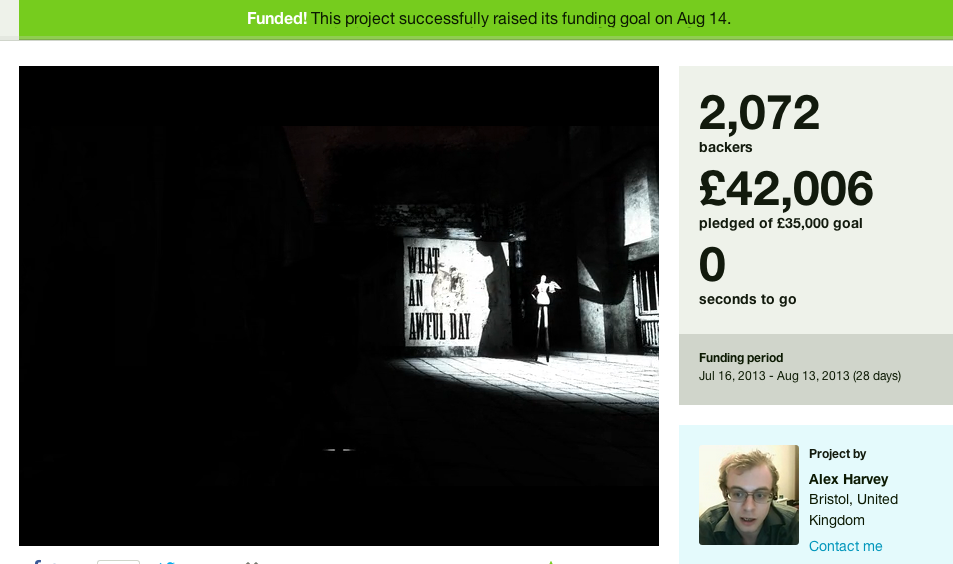 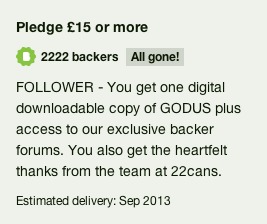 what the people get for the money 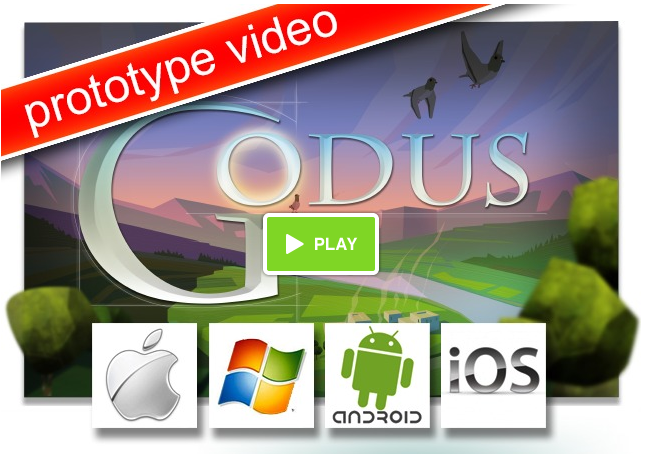 "Your backers are busy. If they're not intrigued by your project quickly, they leave. While most Kickstarter videos average around 6-10 minutes or longer, the million dollar earning Kickstarter projects had a median length of only 3 minutes 57 seconds. " 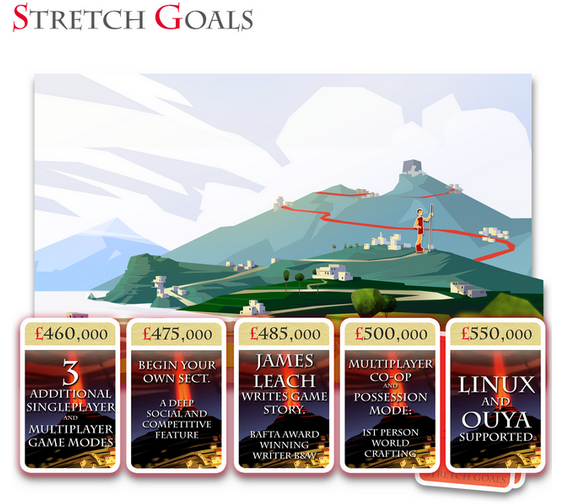 If you reach your goal they motivate people to keep pledging. 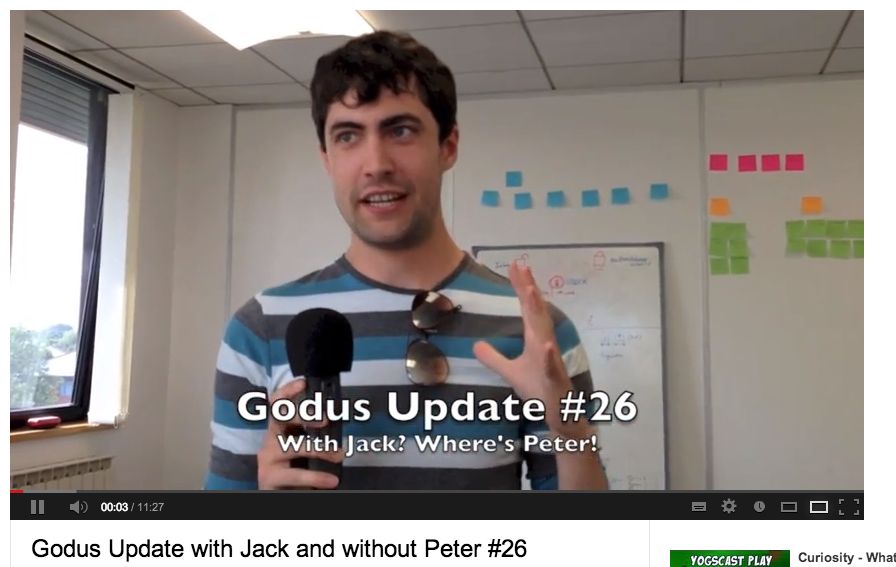 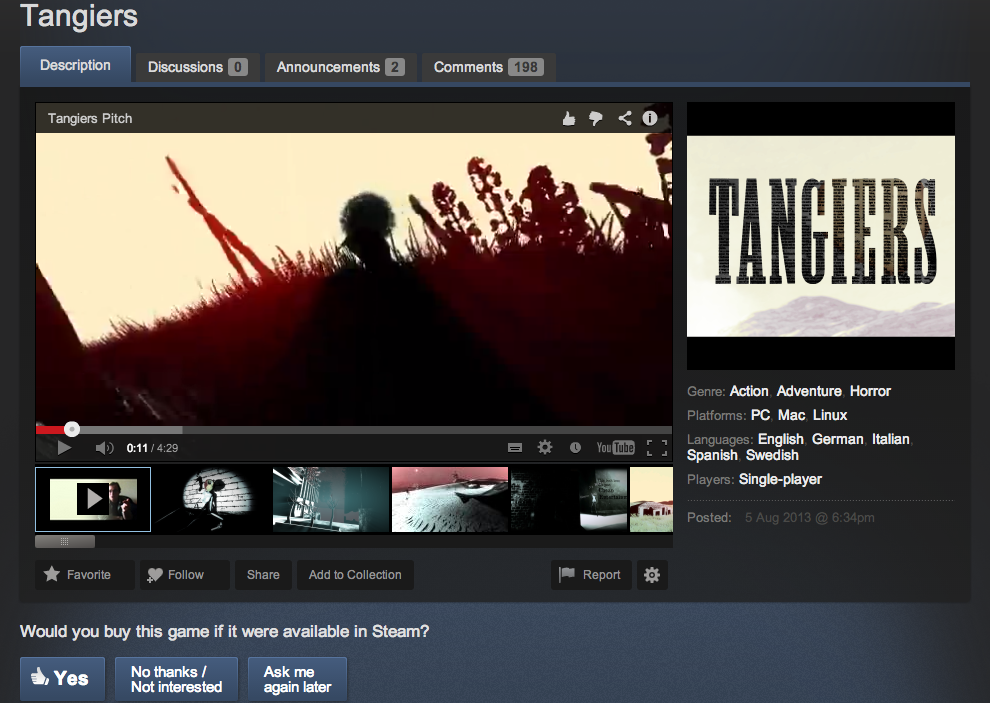 How to tackle an indie game Kickstarter