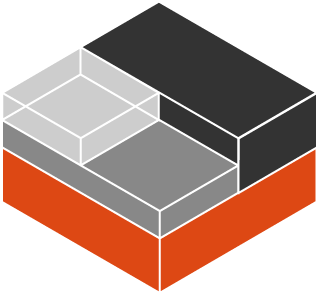 What is a container ?

A container is a basic tool, consisting of any device creating a partially or fully enclosed space that can be used to contain, store, and transport objects or materials. In commerce, it includes "any receptacle or enclosure for holding a product used in packaging and shipping". Things kept inside of a container are protected by being inside of its structure.

Humans have used containers for at least 100,000 years, and possibly for millions of years. The first containers were probably invented for storing food, allowing early humans to preserve more of their food for a longer time, to carry it more easily, and to protect it from other animals. The development of food storage containers was "of immense importance to the evolving human populations", and "was a totally innovative behavior" not seen in other primates.

Manage resources for a collection of processes

Unlike v1, cgroups-v2 has only a single process hierarchy and discriminates between processes, not threads.

We'll see v1, because docker and lxc which this focuses on use v1.

A cgroup associates a set of tasks with a set of parameters for one or more subsystems.

A subsystem is a module that makes use of the task grouping facilities provided by cgroups to treat groups of tasks in particular ways. A subsystem is typically a "resource controller" that schedules a resource or applies per-cgroup limits, but it may be anything that wants to act on a group of processes, e.g. a virtualization subsystem.

At any one time there may be multiple active hierarchies of task cgroups. Each hierarchy is a partition of all tasks in the system.

(cgroup-v2 has only one hierarchy)