Based on Larken Rose's the same name publication

Monarchy - rule by one person

Democracy - rule by an elected group

Anarchy - rule by no one

There are people who need a master.

The other ones are anarchists.

Millions of people can be definitely organized without the government.

The government is never about true cooperation.

It's about domination, forcing everyone to fund its ideas by way of "taxation", forcing people to cooperate with its plan by way of "regulation" and legislation".

Always, behind there are men with guns.

Cooperation does not require the existence of political power.

Only mutually voluntary relationships are accepted.

Refusal of one-way relationships (e.g. between citizens and the government)

It’s wrong to initiate force against any other person, regardless of badges, laws or alleged authority. The only time the use of force is justified is to defend against aggression.

Everyone already has the right to use defensive force—on his own, or with others for mutual protection.

Anarchy means no one has the right to rule (i.e., no one has special rights); it doesn’t mean people can’t get together to exercise rights that everyone already has. In a stateless society, even professional protectors would only have the same rights as everyone else.

Without the government gangs will kill you!

First of all, even private street gangs and organized crime today exist mainly because of government, not in spite of it. Notice how many gangs today get their funding from trading in illegal “black markets”—drugs, gambling, prostitution, guns, etc.—which were all created by government “laws.” In a free society, thugs and thieves—individually or in gangs— wouldn’t have any “black markets” to take over.

The problem with "legal" criminal gang

A criminal gang which everyone recognizes as illegitimate and immoral has far less power than a gang whose aggression is perceived to be legitimate and “legal”—its commands and demands being called “laws” and “taxes,” and any who disobey being seen as “criminals.” In other words, a population is far more likely to be oppressed by a gang which the people themselves imagine to have the right to rule than by some gang that everyone knows is bad, and that everyone would feel perfectly justified in disobeying and resisting, even forcibly.

Most people consider the government's domination as valid

Most people see government domination as necessary and valid, and so they cooperate with their own victimization.

That is why government gets away with far more oppression and extortion than private gangs ever could: because most of the victims of “legal” thuggery and theft see it as necessary and legitimate. Millions of people tolerate the confiscation of a huge portion of their earnings and tolerate having many of their choices and behaviors forcibly limited and controlled by way of “legislation,” as long as the people giving the orders are seen as a legitimate political authority.

Objection to an anarchist society

The people who are truly malicious, destructive and sociopathic (and there are such people in the world) would be free to do anything they pleased, with no one to stop them. But this concern is again based on a basic misunderstanding of human nature. People who are willing to victimize others, by their very nature, don’t care about morality, or right and wrong. They don’t care if what they are doing is right, and they also don’t care if what they are doing is legal. They care only whether they can get away with harming others.

A sociopath doesn’t care about laws or social rules; he cares only about avoiding pain and hardship for himself. And that is true regardless of whether government exists or not.

The organized defense can be very effective without anyone claiming any special right to rule—in other words, without having any special “authority” and without being government.

Examples: A lot of private cities in the US, Egypt, .. Soon charter cities in Honduras

Check my older presentation about a decentralized private legal system:

If people are so short-sighted and selfish that they can’t be trusted to voluntarily organize and fund whatever they deem important, then how can those same people be trusted to decide who should be in power?

The implication is that the average person can’t be trusted to run his own life, but can be trusted to choose someone to run everyone else’s life.

Contrary to what most of us were taught, government and politics are not a civilizing influence at all. Indeed, political authority is the arch-enemy of peaceful coexistence.

“We need government because people can’t be trusted!"

Some people mistakenly view anarchism
as a utopian idea that would only work if everyone were
generous and compassionate.

“Don't do unto others what you don't want done unto you.” ― Confucius

People who would never rob their neighbors themselves constantly vote for the government to do it for them.

People who would never dream of trying to control every detail of their neighbors’ lives think it’s just fine to ask politicians to do exactly that.

The game of politics constantly encourages people to use the violence of the state to rob and control other people, risk or feeling of guilt for the one who votes for that to happen

In contrast, without a ruling class, people wouldn’t be forever
asking “lawmakers” to interfere with their neighbors’ lives,
and thugs and thieves wouldn’t be able to deny responsibility
for their evil deeds by saying they were just following orders.

Throughout history, far more theft, assault, oppression, even
murder has by those acting on behalf of
“authority” than by anybody else.

Use yourself as an example, how many things have you
voted to have government do to your neighbors that you
know you would have no moral right to do to them yourself?

, regardless of who was in power
and regardless of the particular arrangement or structure of
the political power—a democracy, a republic, a dictatorship,
a collective, etc.—history has that power
corrupts, and that freedom is far more conducive to peace
and prosperity than any political solution ever has been, ever
could be or ever will be.

Without exception, every authoritarian governmental
construction has resulted in freedom and for a small
few, and oppression, violence and poverty for others.

Is the government a social necessity?

people who benefit most from the political
racket will do their best to convince you it’s a social
necessity.

But ask yourself this: have the thousands of laws,
regulations and taxes imposed upon you made you a better,
more productive and more caring person?

Most people are still desperately hoping to achieve a fair, free and prosperous society the very institution that has been responsible for more theft, thuggery, extortion, terrorism, torture and murder than all others combined: “government.”


1. You own yourself.
2.Your neighbor owns himself.
3. Committing aggression is wrong.

What anarchy does not mean?

1. Chaos and violence, or every man for himself

2. No government doesn’t mean having no morality, no organization and no cooperation.

What anarchy does mean? 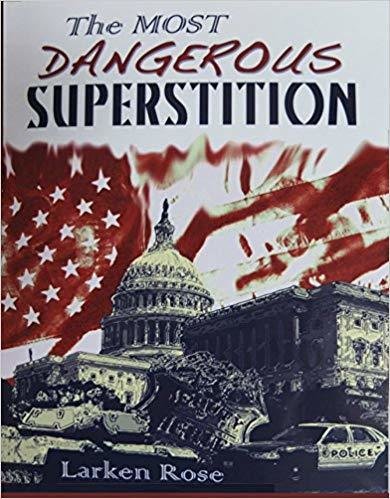