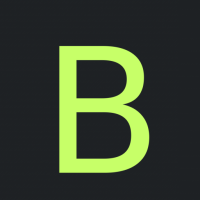 KVM is not KVM

First of all there is QEMU then KVM then Libvirt then the whole ecosystems..

At the begining, Qemu

Splits work into processes or threads that can execute simultaneously.

Event-driven architecture reacts to events by running a main loop that dispatches to event handlers.

This is commonly implemented using the select(2) or poll(2) family of system calls to wait on multiple file descriptors.

A file descriptor becomes ready, a timer expires, or a BH is scheduled, the event loop invokes a callback

Offload what need to be offloaded

Guest ram is allocated at qemu start up
This mapped memory is "really" allocated by the process (with malloc())
qemu_madvise()
Tips : use -mem-path to give qemu a memory image to load (can be very very good in #infosec)

Where is the x86 virtualisation

Guest SW <-> VMM  Transitions
Virtual-machine control structure
keep that in mind for later in the pres...

What do you need :

start a kvm vm in reality

A bit more complicated than before :

start a vm in qemu-kvm

Now you really know why tools are great

Kernel code :
The QEMU userspace code shows how to initialize the vhost instance :

wHO is using kvm