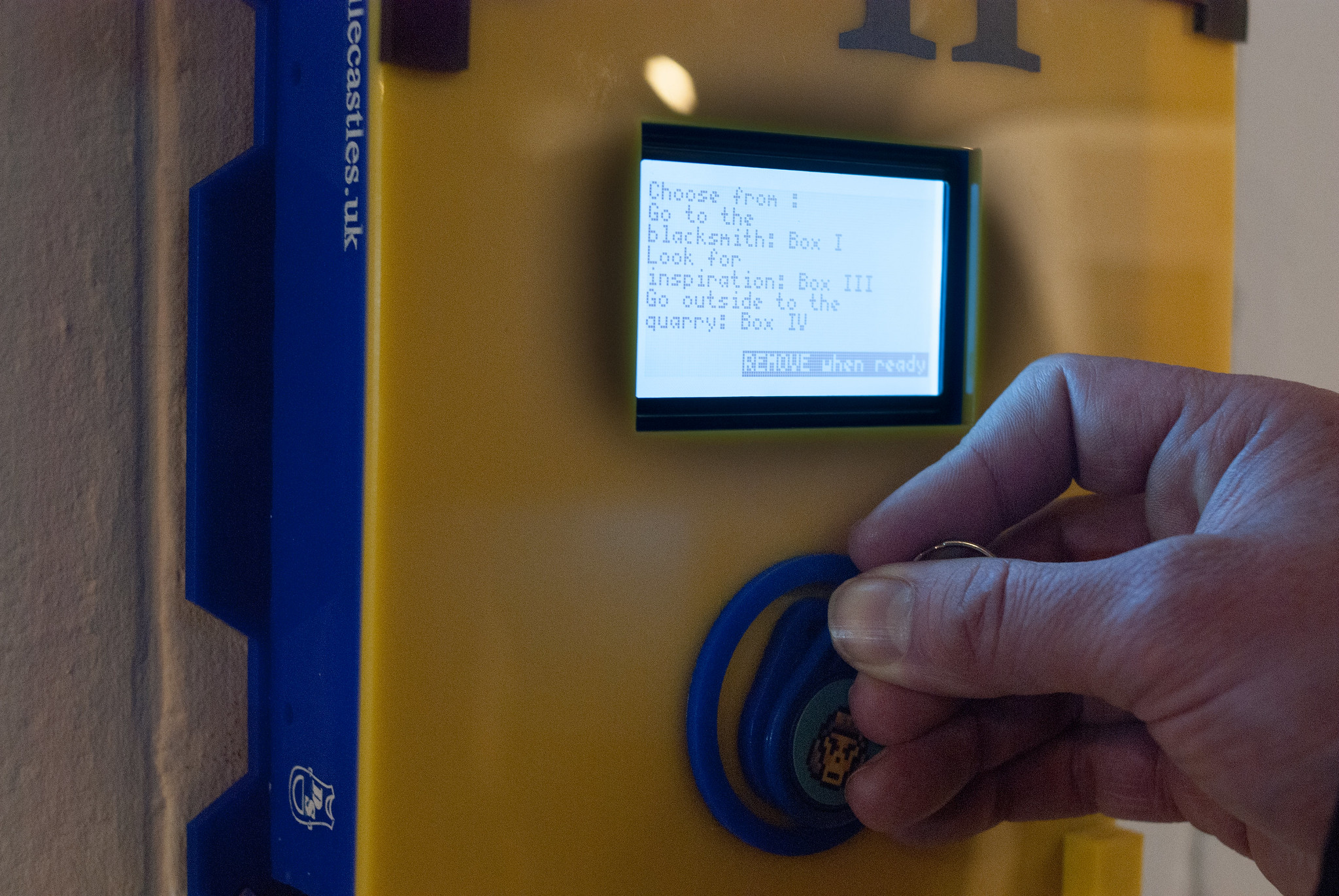 CloudMaker was an AHRC ITaaU funded project exploring Minecraft as a social learning platform. It's *not* actually, but it is an ecosystem that you can learn some things in like

RF-Craft was a system built with Patrick Fenner for radio controlled minecraft games to augment the spaces of Wray Castle for the Ok Sparks! project

The lack of WiFi in the castle made me rethink how you could augment a game; bringing elements of the game into the physical world

With text you can present things very simply and clearly; it does not even have to be an adventure in text: you can just use it to just frame something you want to like Walter Benjamin or  logical rationalism

Playing games in your house can be boring.

Playing them somewhere else is not

Prototype minecraft server that you could play in Grizedale forest with iPad & android phone; map based on microscopic images from forest floor slime mould for a workshop about bacterial communication DeadWood

WhitCraft was a pocketmine server for The Whitworth Art Gallery

Interactive Fiction is what's left of the Text Adventure: Text based  games.

What if the text in the game didn't just respond to the player but other kinds of information like from sensors?

Adrian McEwen and I made a simple way for posting temperature data from a Dallas DS820B waterproof sensor to minecraft for  OK Sparks! and then for Text Adventures made with Twine. 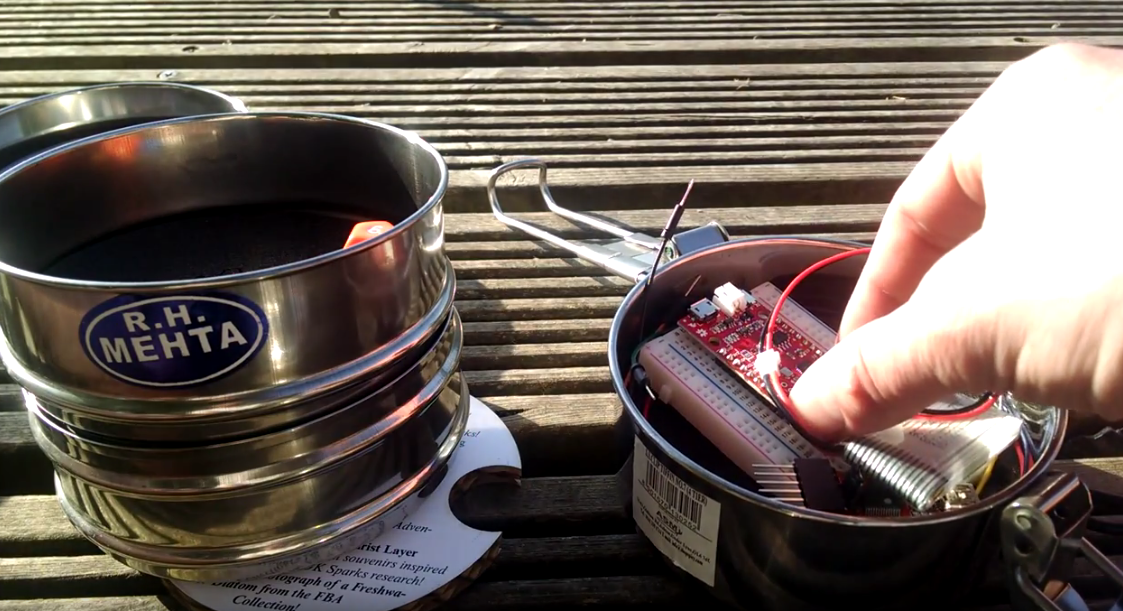 We used the cocklecraft-of-things so Hwa Young could potentially make a text adventure in Twine from freshwater sensors in Brazil. 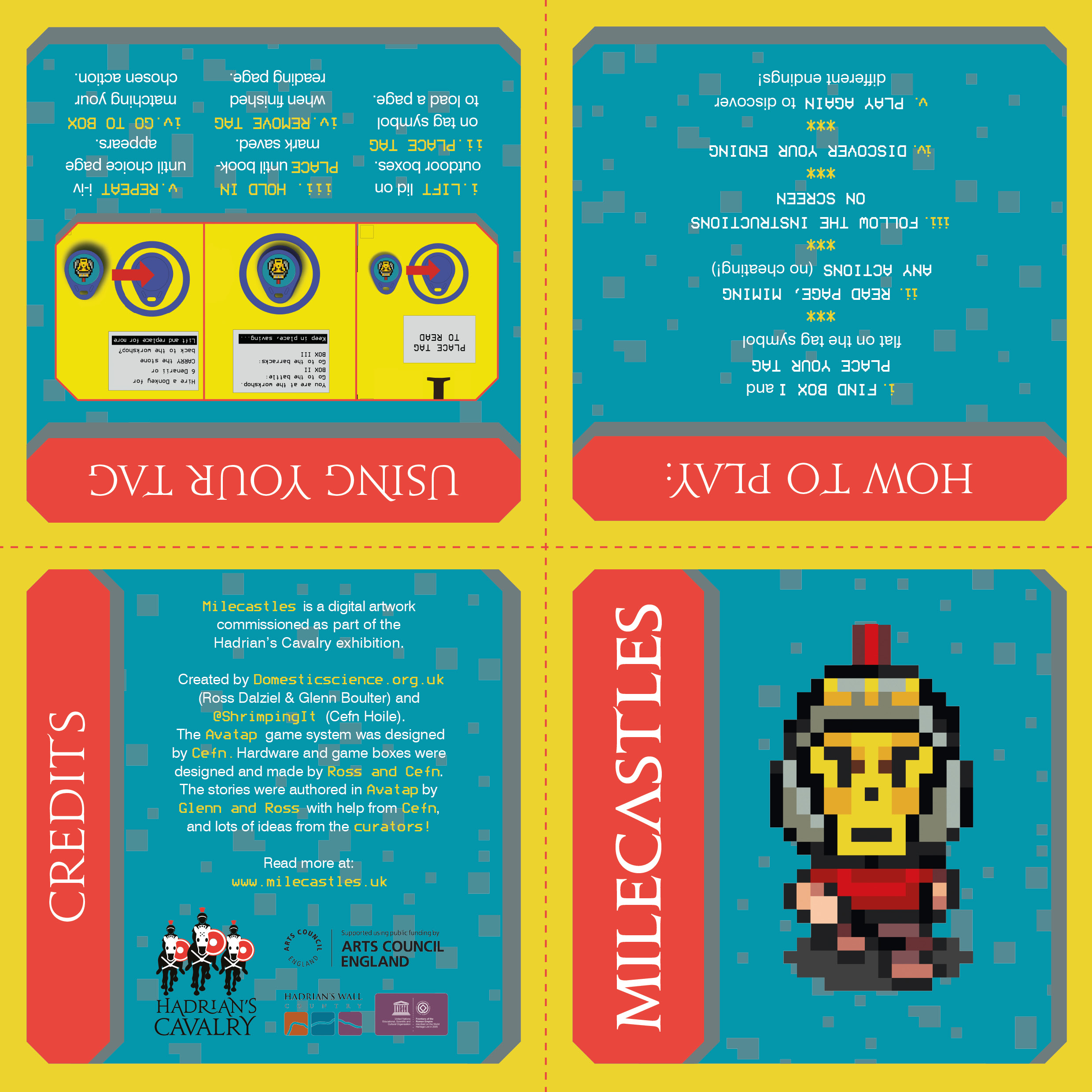 It was a chance to take another form of augmenting a space with a game.

We liked how reading is already like a virtual space.

But we didn't really like having to carry a tablet or phone around to read it.

What if we made simple text displays and used RFID tags to store the game state?

Each box had a nice backlit LCD screen, an RFID reader and an ESP8266 board running micropython and AVATAP designed by Cefn Hoile of ShrimpingIt

Despite this simplicity building 25 game boxes for each museum and fitting it all on the constrained memory of the board was a huge challenge. 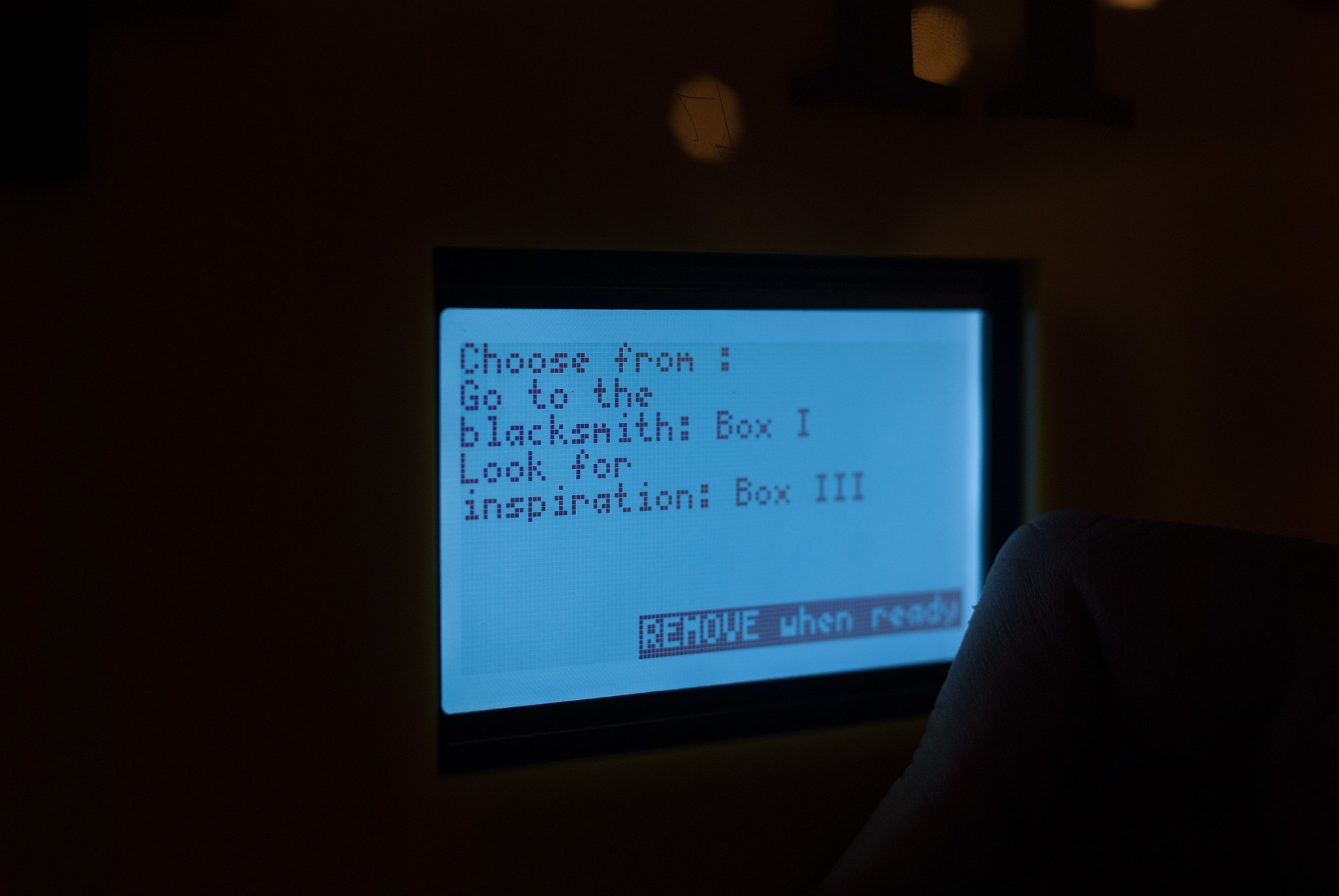 Twine games are not really text adventures but something more like choose-your-own-adventure books.

So with no text input only a tag and a screen, choices in the game depend on which box you visit next.

How do you make and play a game with AVATAP?

We wrote up the game content and it's logic following Cefn's system, then we could test and emulate how it would play out and feel with pyglet

Making Games for Hardware You've Not Finished Yet

One of the features of the game was the chance to engage with the context of each game box.

So in the game you could tell people to "CARRY THE STONE" or "TAKE A SELFIE". Naturally the gameboxes don't know if you do it but kids (and artists) are pretty happy to oblige 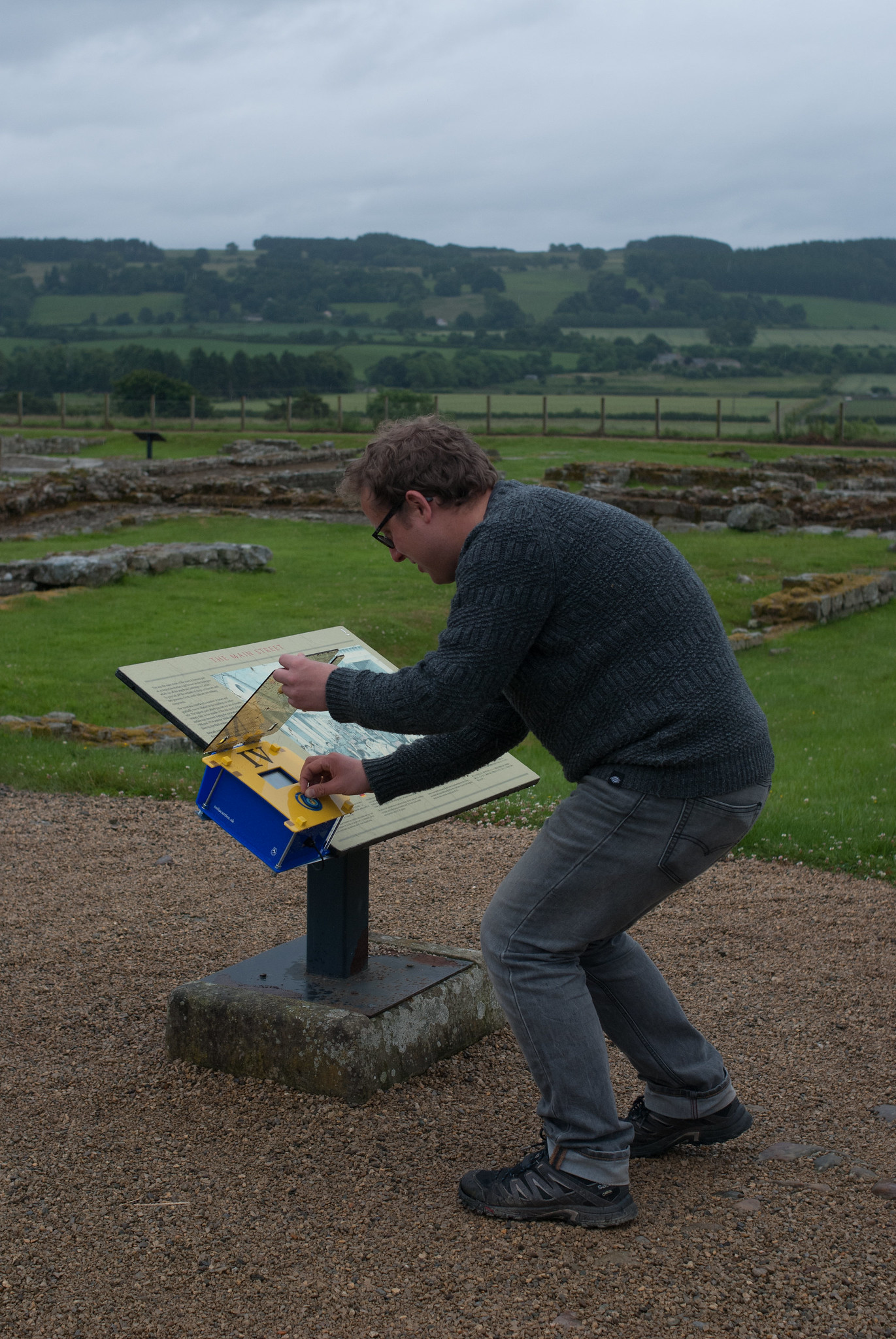 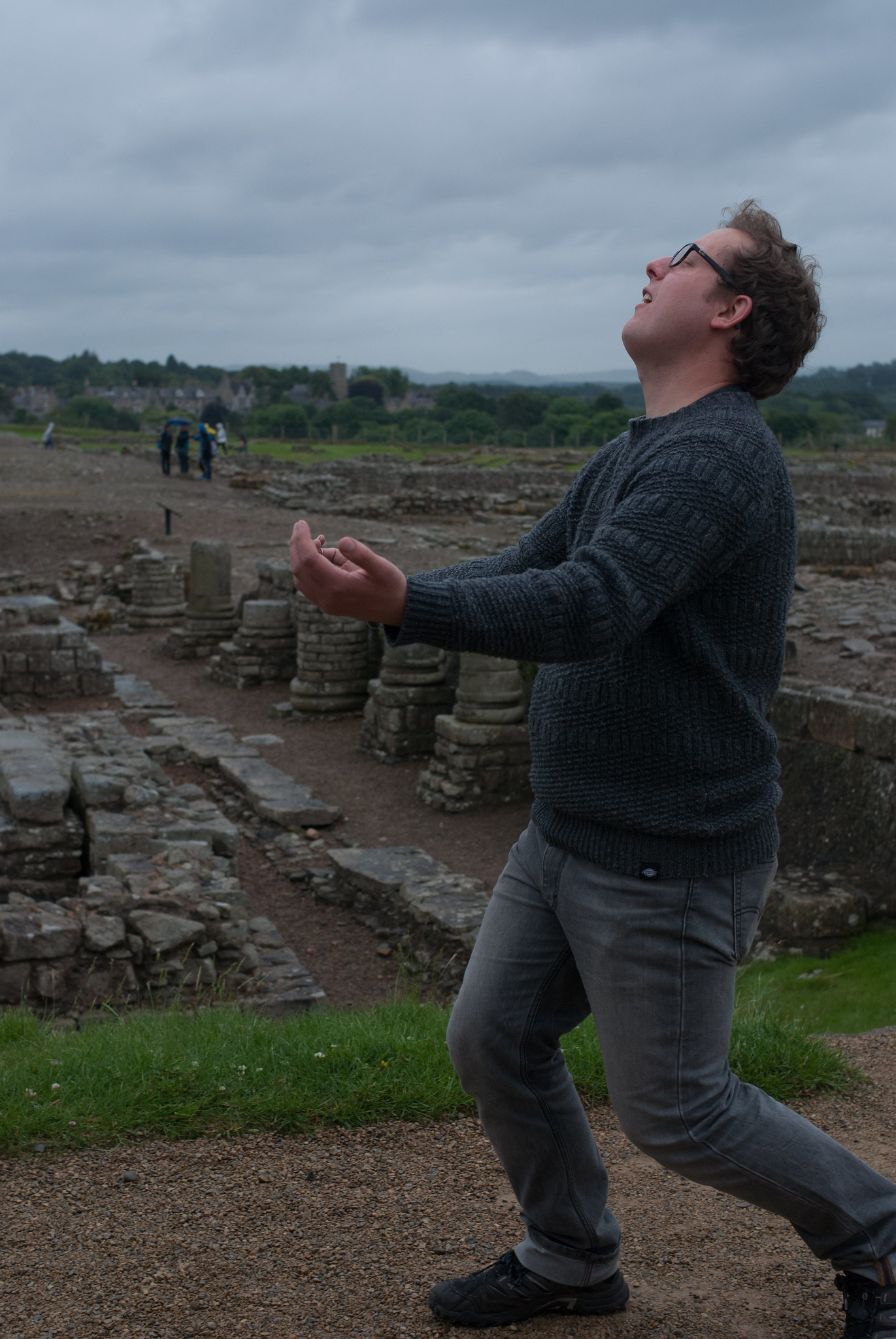 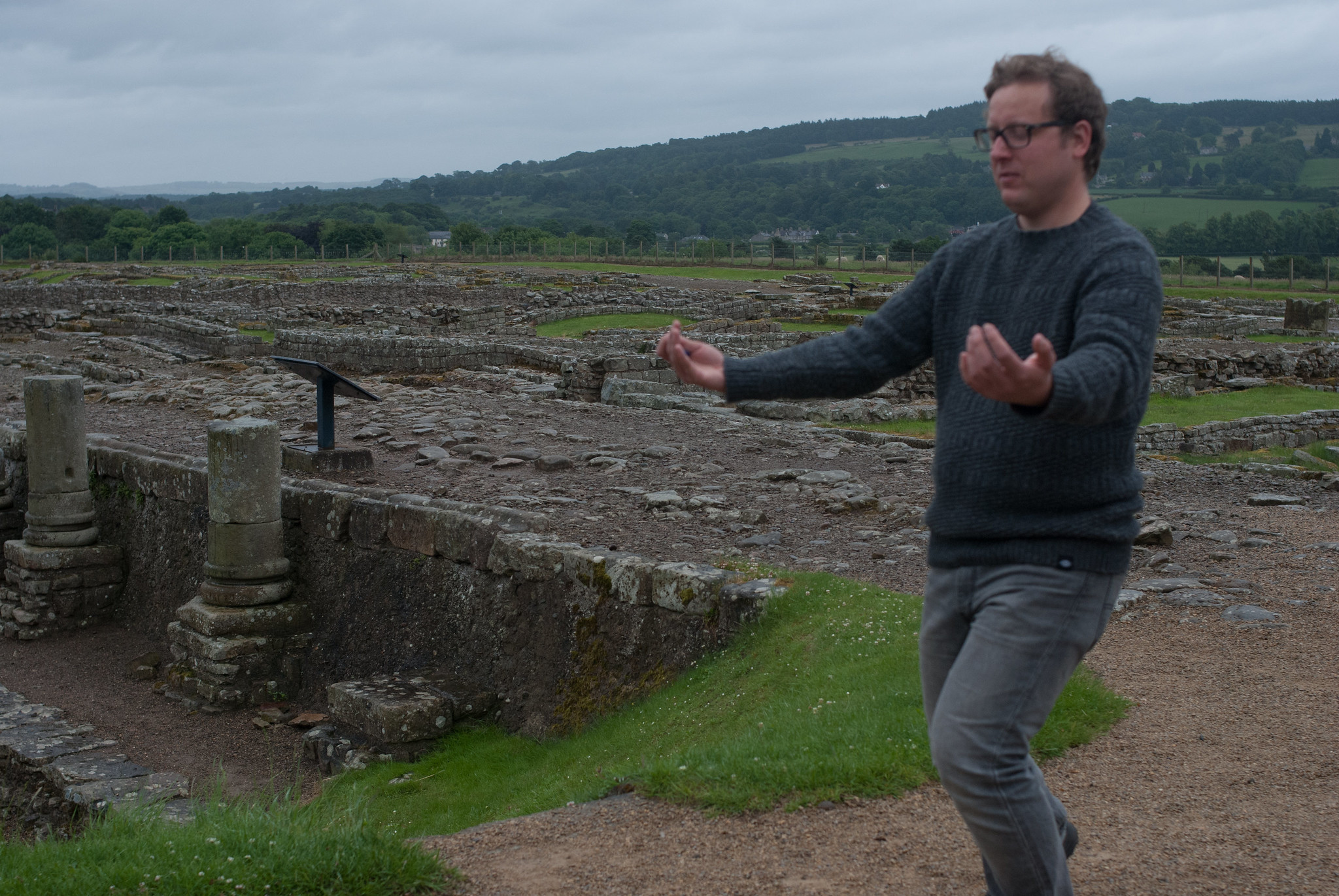 The game boxes don't get in the way of the landscape: here Glenn's hamming it up on a roman street; you do the augmenting: you don't need VR.

It's a bit like exporting the game from micropython to an incredibly complex and fast neural network on a biological substrate. Your brain. 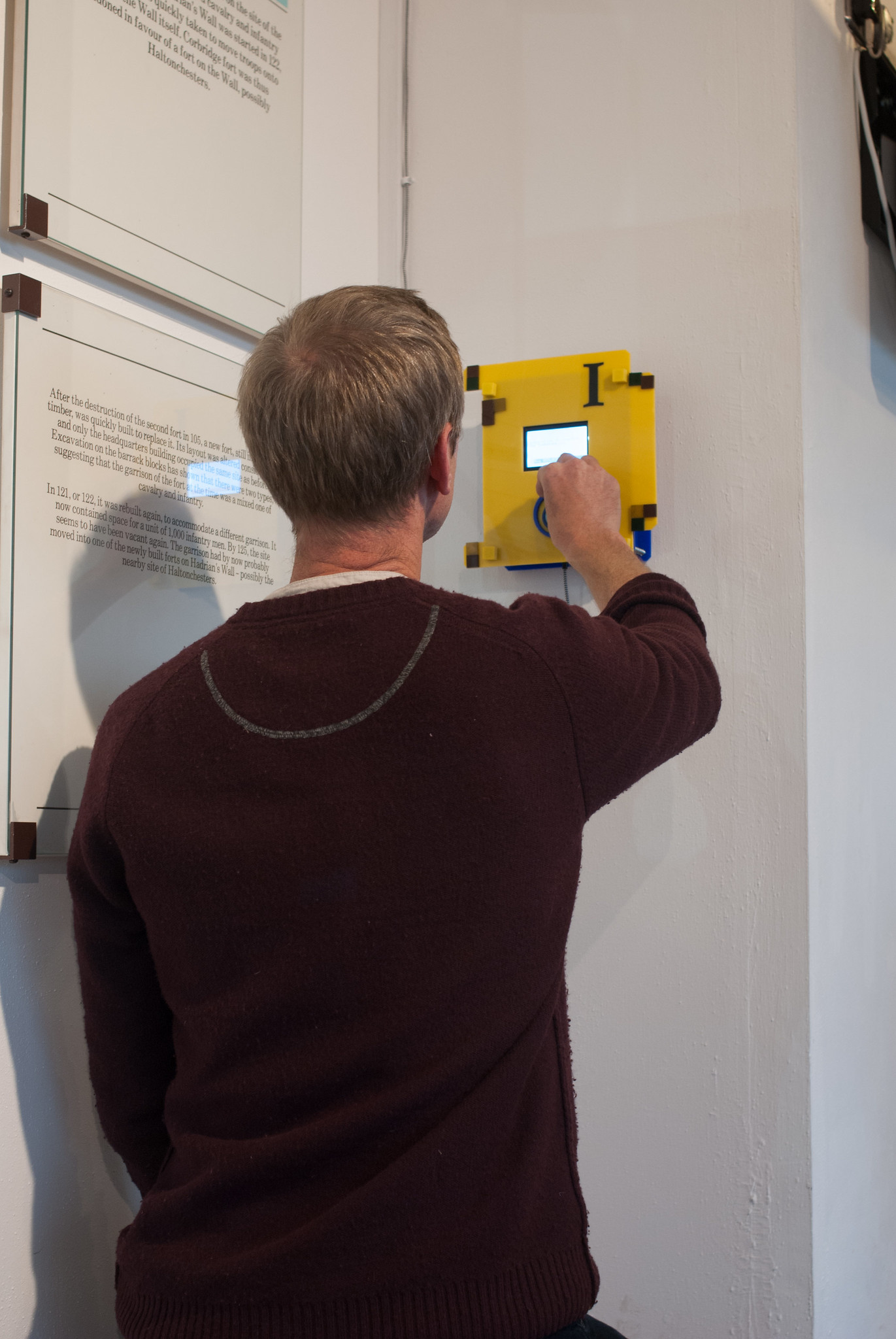 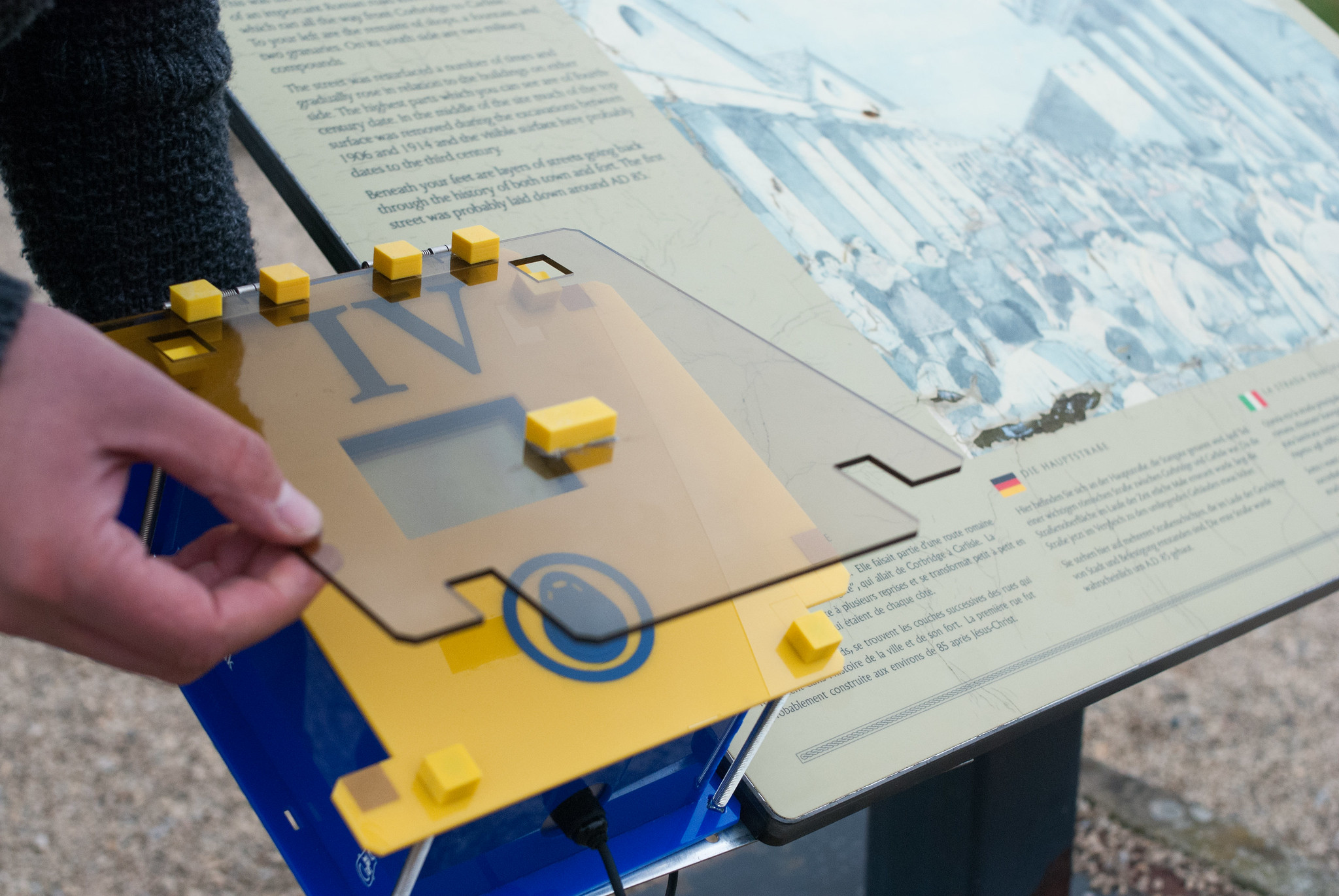 We loved James Medd's Awkward Arcade cabinets which included the beautiful "Queers In Love At The End of the World" Twine game.

Twine games need an arcade of their own!

Getting data from sensors is one thing but there's a tonne of of data on the internet that our games could be responding to...