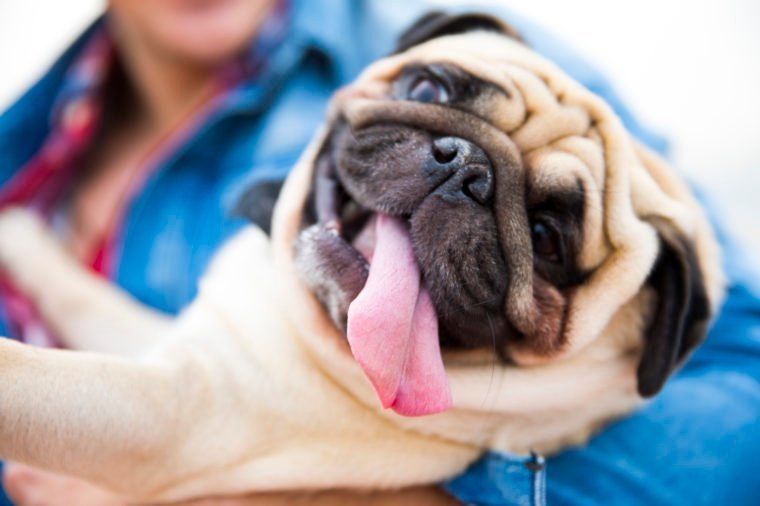 Pugs in the Latin phrase are known as multum in parvo, or you can say a lot of dog in a small space. That is the personality of Pugs and it sums up its description!
Pugs have a charming personality and are muscular. Pugs are very sociable and companion dogs with a large round head, black and velvety ears, sparkling eyes, and a tightly curled tail. They really can’t help but make you smile. Apart from being intelligent and charming, they are happy, affectionate, playful, and mischievous.
Pugs face resembles a closed human fist and is believed that the Pug's name comes from the Latin word for "fist”. Families having children are likely to adopt Pugs as they can go easily with children and their cute wrinkled brow give them a range of human expressions.

Pugs are even considered as ‘shadows’ by their owners because they follow humans everywhere and always stay close to the action, always craving for affection and attention from their owners.
Pugs want love everywhere and from everyone. Pugs can’t tolerate high heat and can do best in moderate climates and with proper care. Pugs insanely want to be the center of attention and are very lovesick if ignored. They are a fond and greedy eater and can gain weight. If you are a Pug owner or wanting to have a Pug, then you are about to get followed by Pugs everywhere, including the bathroom, and want to sleep on the bed with you! 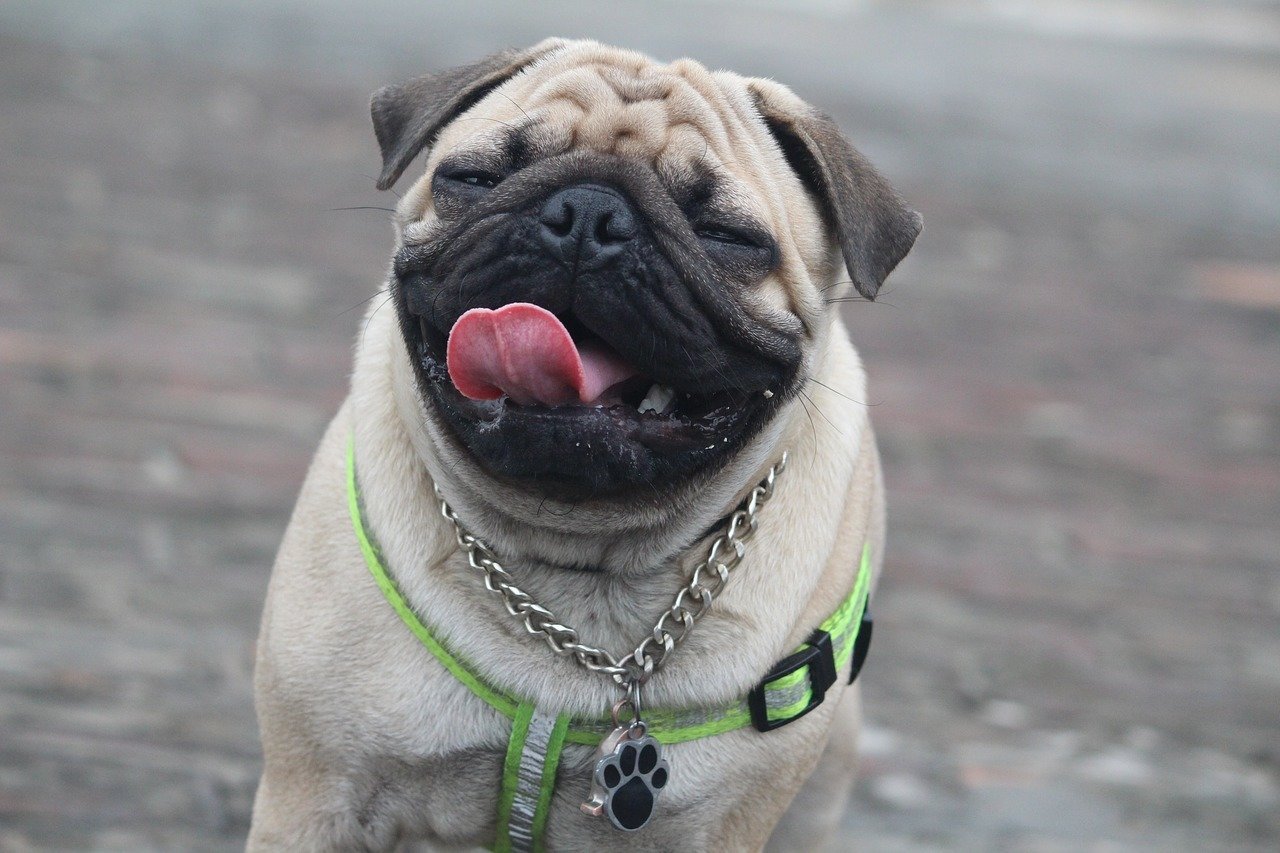 One of the facts is that China is the earliest known origin for Pugs, where they were bred to be companions for ruling families in China? Pugs have been raised in luxury and were highly valued by Chinese Emperors, sometimes even guarded by soldiers.
Thankfully today we don’t have to be a royal to enjoy their companionship. Today pugs are adored by millions of owners and fans around the world. From China to other parts of Asia, Pugs are spread everywhere in the world.
It is known that in Holland, the Pug became the official dog of the House of Orange. One of the Pugs by barking saved the Prince’s life and gave an alert that the prince of enemy soldiers about to ambush the Prince.

So, from China to Europe, Pugs were brought in the 16th century, and they came to be known by different names in different countries. In France by the name Carlin, In Spain Dogullo, in Germany Mops, and in Italy, Caganlino.
In more recent times, passed on to other members of the Royal family, it is known that Queen Victoria developed a passion for pugs. Josephine, Napoleon's wife, too owned a Pug named Fortune.
Today Pugs are known to be one of the most popular breeds on the planet! 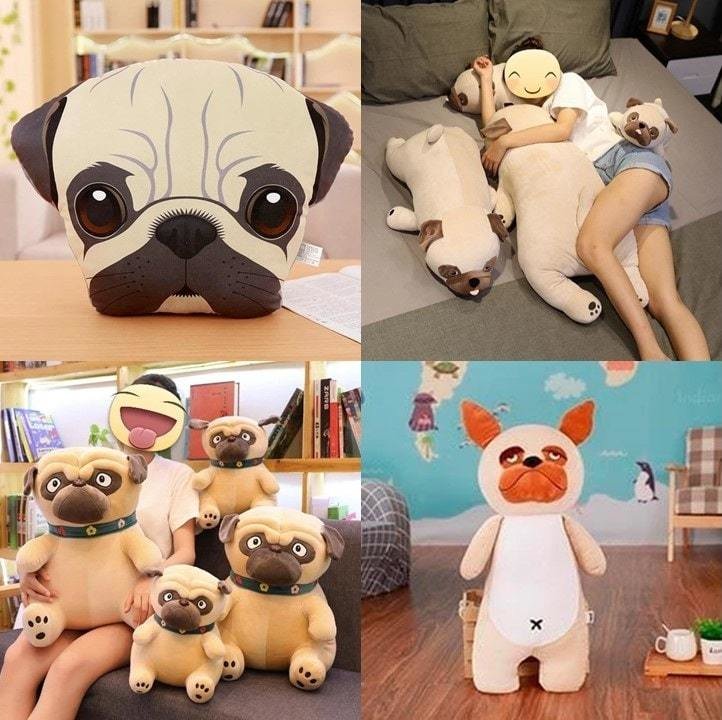 If you own or love a Pug or are a Pug lover, the most popular Pug gift-related search terms on Google are: 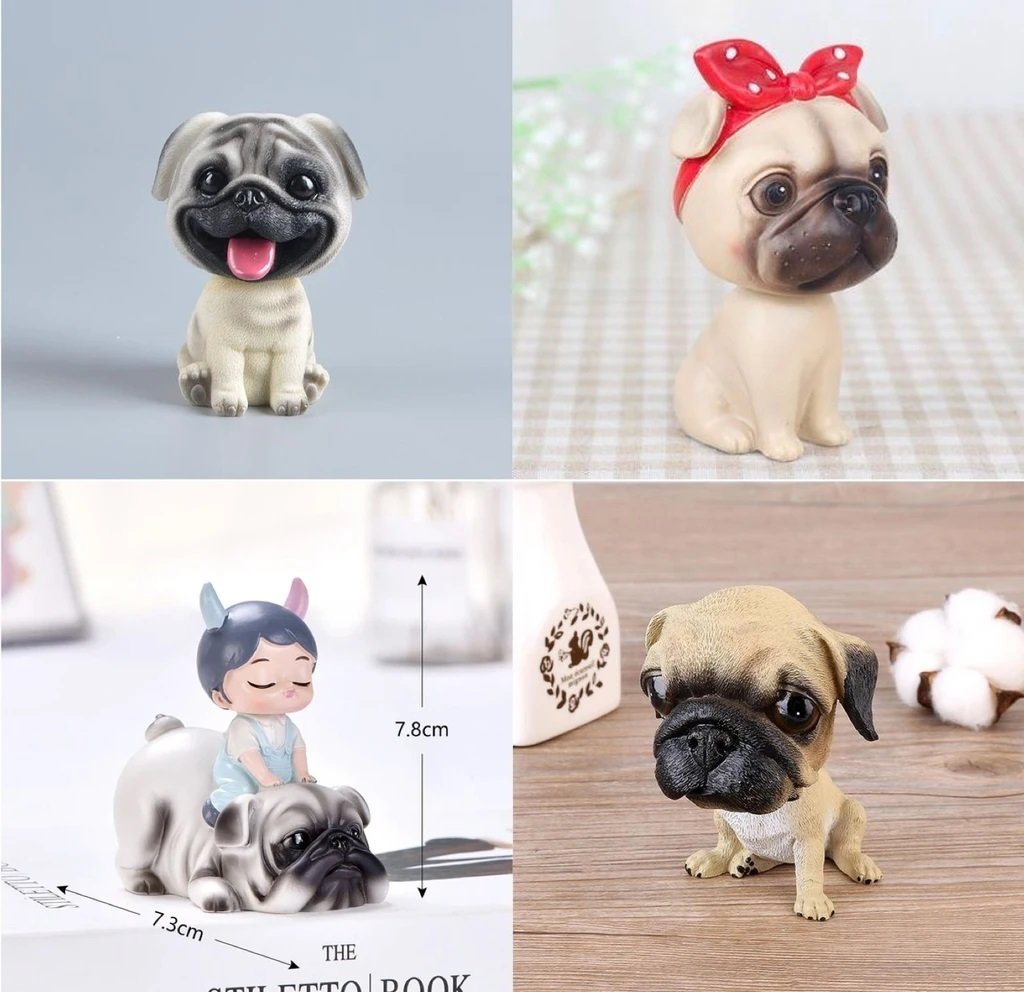