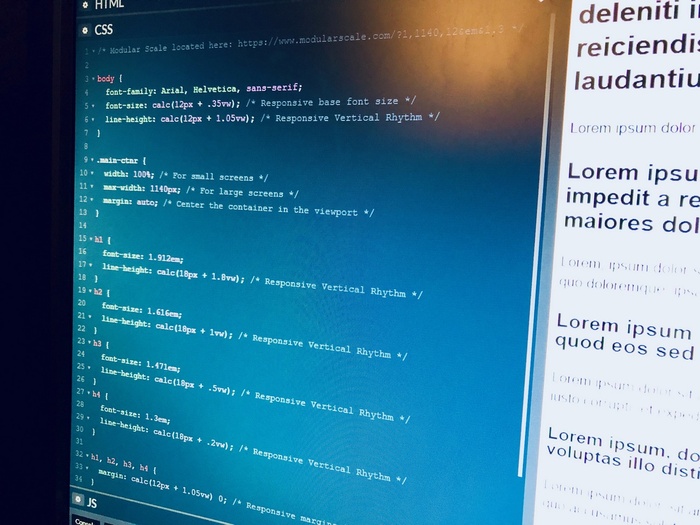 “New to The Web” discussion group 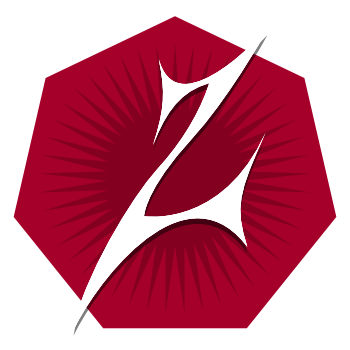 Who is this Ricardo feller?

• Originally from Colombia. Don't let my "good" English deceive you.

• Web designer for a ‘little while’.

- An Ultimate Guide To CSS Pseudo Classes And Pseudo Elements

• "I don't think there are dumb questions, it's just dumb not to ask."

I am a designer, not a developer, so there will be a combination of basic math and “it-feels-just-right”, not intricate explanations or convoluted formulas.

So, what in the world is a

How to create a Modular Scale? 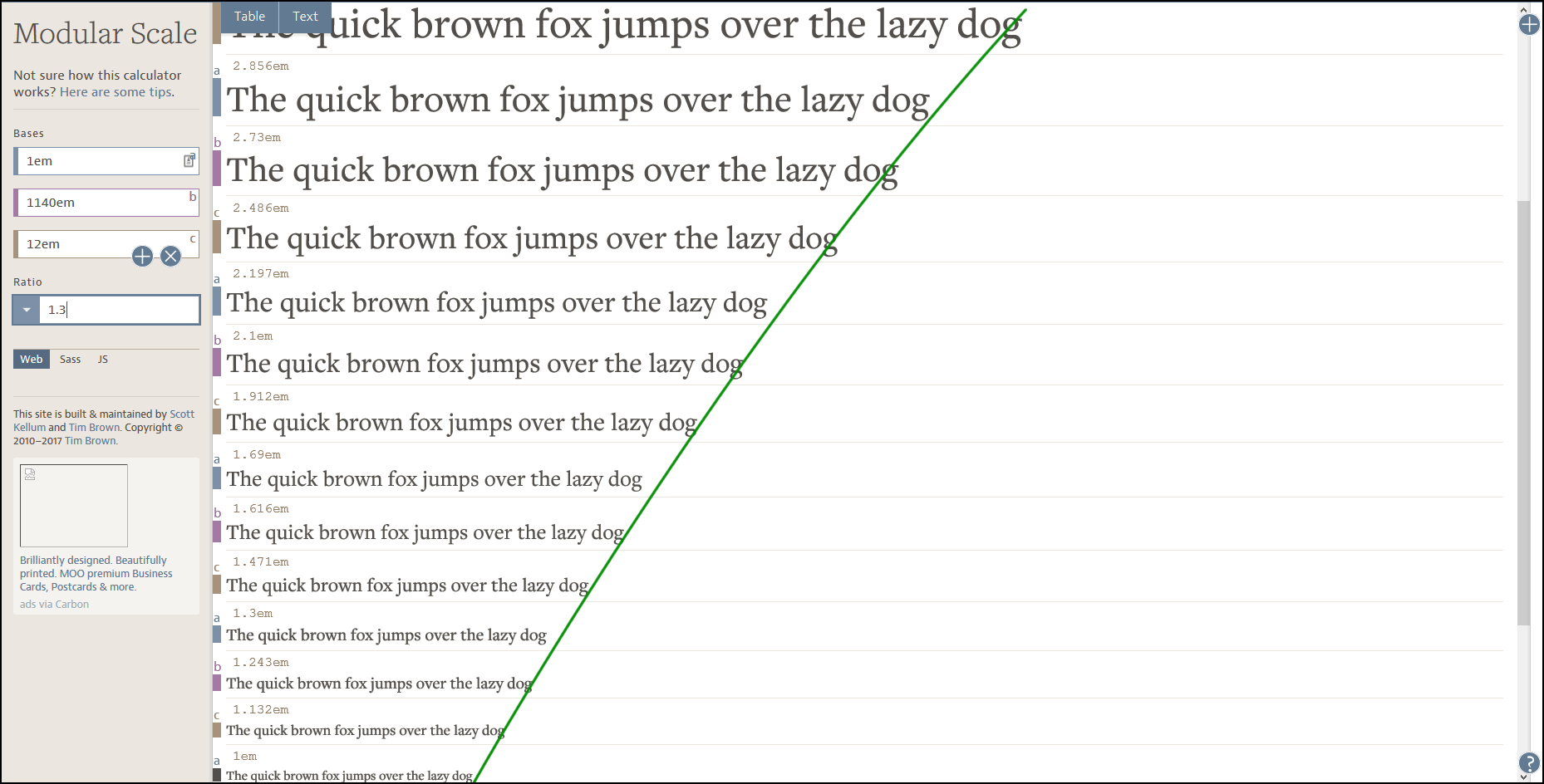 For best results, use an MS with a smooth curve. 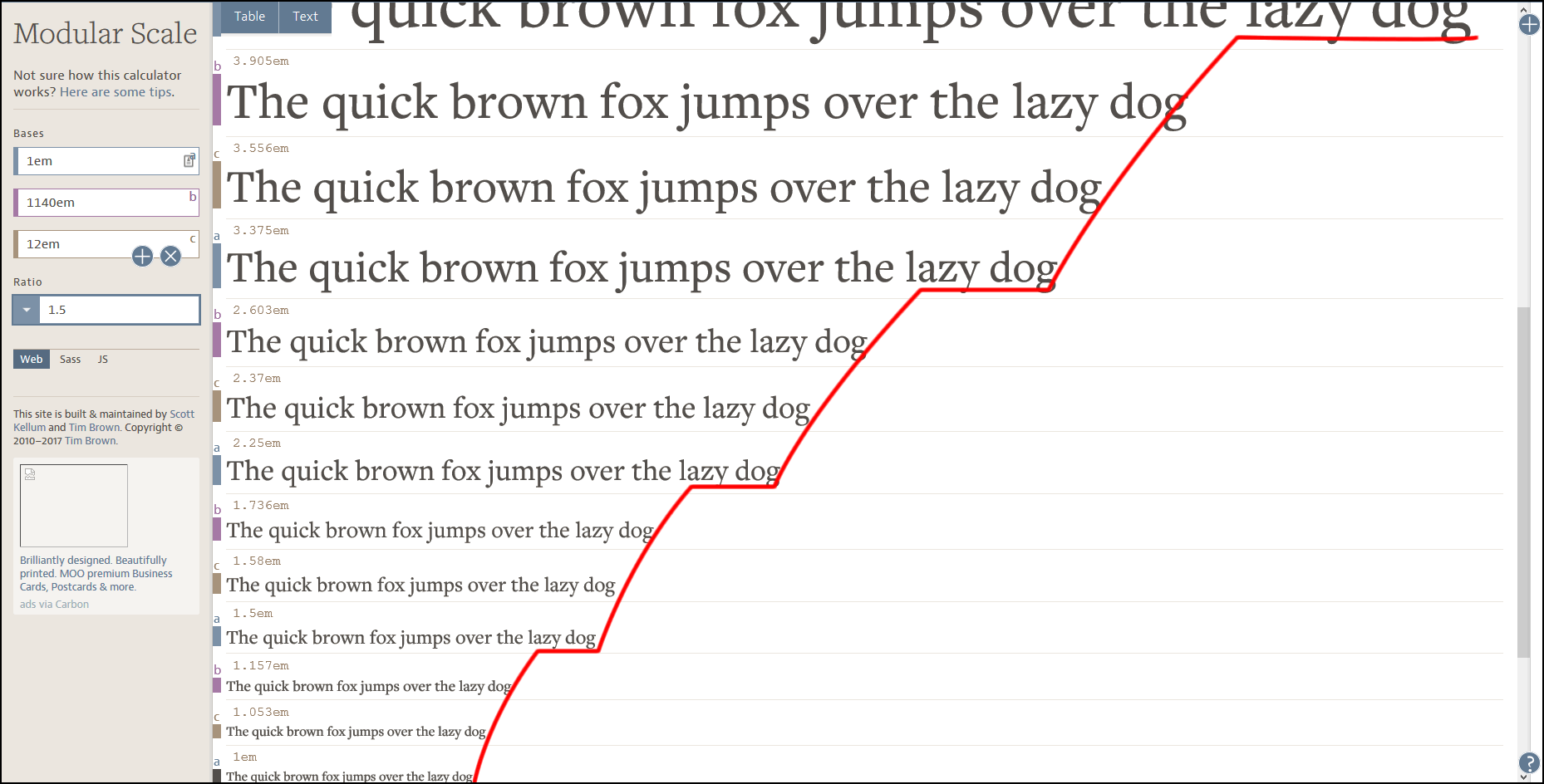 Notice the 1.5 Ratio. Not a smooth curve.

Something’s up with the headings dude…

“New to The Web” discussion group